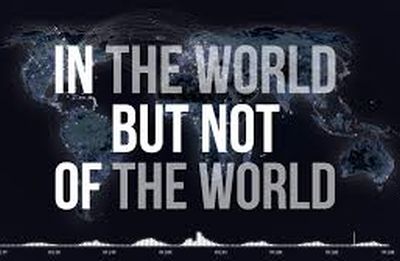 Unsurprisingly, 2017 has already presented a host of challenges to the church. As believers, we often don’t know where to start. We often end up silently going along with what is wrong with the world, knowing deep down, like Nehemiah and Esther, that we must DO something. Here are some helpful pointers:

The legal activist route
Many Christians are perplexed with whether or not to legislate morality. Authors and apologists Dr Norman Geisler and Dr Frank Turek provide some key answers to this in their book entitled Legislating Morality, tackling the hot potatoes of abortion, euthanasia, homosexuality and Christians in public office. Living in a functioning constitutional democracy, we are blessed to have legal avenues at our disposal in bringing godly change.

“It may be true that the law cannot make a man love me, but it can stop him from lynching me, and I think that’s pretty important.” — Martin Luther King Jr

Martin Luther King Jr understood the value and limitations of the law as a force for good when he said: It may be true that the law cannot make a man love me, but it can stop him from lynching me, and I think that’s pretty important.

Wilberforce, William Carey and Martin Luther King himself all used the legal route for great Kingdom benefit, helping to abolish slavery, widow-burning and overturn racially discriminatory laws. In our context, the Justice Alliance of South Africa, FORSA (Freedom of Religion South Africa) and others are doing likewise.

FORSA’s highlighting of the dangerously wide ambit of the Hate Crimes and Hate speech Bill has helped to alert South Africans at large and many, including myself have responded to the proposed Bill. As helpful as all this is, what Wilberforce, King and others discovered was that without a deeper change within the hearts of men, a new vice will no sooner come to the fore and reap destruction once again.

The loving your enemies route
If you have embraced a lifestyle of conservative morality, you believe in absolute truth and the exclusive saving deity of Jesus Christ as found in the Bible, read this slowly.

“Biblical orthodoxy without compassion is surely the ugliest thing in the world.” — Francis Schaeffer

Similarly, author Philip Yancey writes: ‘… the issue is not whether I agree with someone but rather how I treat someone with whom I profoundly disagree. We Christians are called to use the “weapons of grace,” which means treating even our opponents with love and respect.’

Listening to various Christian apologists, I have often wondered what distinguishes Ravi Zacharias from several others. After viewing a number of his talks again, I was challenged and encouraged by the compassionate, respectful way he treated atheists, Muslims and others who stand totally opposed to the message of Jesus Christ. I realised that as much as his apologetic is doctrinally sound, his apologetic of love for one’s enemies speaks as loud, if not more so.

The discipleship route
Laws are a reflection of the contemporary mores of the society. The laws enacted today are a result of who has discipled the hearts and minds of a nation in the previous generation. Often, when we look at the moral decline in our society, we look first to the laws of the land in an effort to turn things around.

“… the issue is not whether I agree with someone but rather how I treat someone with whom I profoundly disagree. We Christians are called to use the “weapons of grace,” which means treating even our opponents with love and respect.” — Phillip Yancey

From there, the conversation goes something like this: “if only we had a Christian president…”

There is nothing wrong with this, except perhaps that this reveals where we believe the heart of real change lies.

History reveals a different picture: from the book of Acts onwards, the church turned the world upside down (or the right side up) not because it had the reins of political power, but because it fulfilled its mandate to love God and make disciples of all the nations. In doing so, it captured the hearts and minds of a generation, resulting in both revival/renewal and reformation as disciples were made.

Even Wilberforce the parliamentarian knew that changing laws alone was unsustainable, hence his other lifework was ‘to make goodness fashionable.’ Further, his book Real Christianity, as relevant now as it was then, was a call to professing Christians to walk the walk as radically changed disciples of Christ. Only that could sustainably stem the tide of the greed and self-centredness that drove not only slavery, but a whole host of other sins as well.

The martyrdom route
At various times, something more is needed to engage our world: our very lives. One of the many horrific acts that took place in ancient Rome was the gladiatorial combat in a public arena. Here, crowds would take great delight in seeing the death of slaves and other gladiators.

History reveals a different picture: from the book of Acts onwards, the church turned the world upside down (or the right side up) not because it had the reins of political power, but because it fulfilled its mandate to love God and make disciples of all the nations.

The story reads as follows:  Theodoret, Bishop of Cyrrhus in Syria (393-457 AD) records in his book Ecclesiastical History, the story of a monk named Telemachus.

“Honorius, who inherited the empire of Europe, put a stop to the gladiatorial combats which had long been held at Rome. The occasion of his doing so arose from the following circumstance. A certain man of the name of Telemachus had embraced the ascetic life. He had set out from the East and for this reason had repaired to Rome. There, when the abominable spectacle was being exhibited, he went himself into the stadium, and stepping down into the arena, endeavoured to stop the men who were wielding their weapons against one another. The spectators of the slaughter were indignant, and inspired by the triad fury of the demon who delights in those bloody deeds, stoned the peacemaker to death. When the admirable emperor was informed of this he numbered Telemachus in the number of victorius martyrs, and put an end to that impious spectacle.”

Whether or not we will pay the ultimate price, may our Christianity engage the world with the same spirit of selfless love that is impossible to argue against. As Revelation 12:11 declares: They triumphed over him by the blood of the Lamb and by the word of their testimony; they did not love their lives so much as to shrink from death.