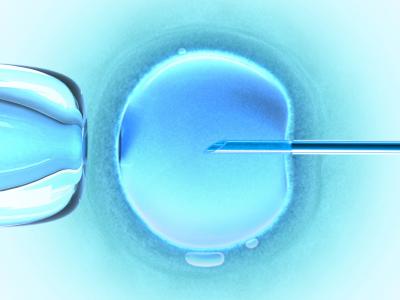 [notice]In Vitro Fetilisation (IVF) has become a fairly common procedure and a lifeline for many infertile couples. But is there more to this practice than meets the eye? DIANNE STEVEN sounds the alarm on medical, ethical and legal problems associated with IVF. In the final article of a 4-part series she suggests some alternatives to IVF. NOTE: Early in 2013 we will publish a defence of IVF by a South African Christian specialist in obstetric medicine.[/notice]

According to a survey in the Journal of Health Services Research & Policy, IVF has not increased fertility significantly in Israel. Instead, it has just hooked some women on endless painful and humiliating IVF treatment. Worldwide, the rate of success after seven failed attempts is zero, or almost zero says the report. The three first cycles of IVF have the best chance, with success rates rapidly plummeting to none after each new unsuccessful cycle.

The sperm and the egg that give rise to the embryo through IVF can come from a number of sources / donors, not necessarily just from the mother and father. Who does the child genetically belong to? Donated eggs pose a risk, but donated sperm carries a far greater threat of genetic harm.

Some Christian’s object to fertility options due to the fact that it supposedly does not take into account God’s sovereignty. If God wants to bless a married couple with children then He can do it naturally, or possibly through artificial insemination, or even adoption, they say.

‘IVF shows a failure for Christians to wait on God and trust Him’
In Luke 1:36 an angel says to Mary, “Now indeed, Elizabeth your relative has also conceived a son in her old age; and this is now the 6th month for her who was called barren.”

We can use the God given gift of science to try and restore fertility providing it does not contravene other ethical laws, such as respect for the embryo as human life, or violation of the marriage bond, as would be the case in surrogacy. IVF on the face of it seems a loving response to the pain of childlessness. However, a closer look reveals that it may open the door to even greater pain for potential children, families and society.

As Christians we have hope: that all things will work out for good, even childlessness. The Bible says in Matthew 11:28,29 “Come to Me, all you who are weary and burdened, and I will give you rest. Take My yoke upon you and learn from Me, for I am gentle and humble in heart, and you will find rest for your souls.”

The following are a few testimonies of how some Christian couples dealt with their struggle to have children:

MRS. V Jimson
After 6 years of marriage and infertility imagine my joy, when, I saw Pastor Veronica on TV. I immediately called her. I told her my plight and asked her to agree with me for God to take infertility from my life. After a few minutes I felt peace in my heart and knew immediately God had answered me. Less than two months after our meeting I became pregnant. Imagine my joy and happiness. Then at the 3 months checkups they told me the baby will be deformed that I needed to abort.

I called Pastor Veronica and told her this development. She said to me, “Vero, if you want to stand on God’s word and trust God, I will stand with you and you will have a perfect baby! I agreed with her and told my doctor “NO abortion.”

Pastor Veronica called me every morning at 6 am and prayed with me, speaking Gods promise over my pregnancy.

When the day of delivery came, I want into the labour room and delivered a HEALTHY baby girl! God’s Word is powerful and mighty, and by the wisdom God gave Pastor Veronica, she taught me how to use Gods Word and I overcome what would have been a great loss in my life. Each time I look at my baby I give all glory to God for all he has done for me. Thank you great Jesus –Amen!

Deo Da Silva
My husband and I got married on 10th May 1980.  After trying to fall pregnant for a while without any positive results, I was submitted to the normal examinations to determine the problem.  All showed that there was nothing wrong with me, so my gynecologist suggested that my husband go for tests.  The first test showed that his sperm count was very low and further tests and X-Rays showed that the cause was a brain tumor close to the pituitary gland.

Preparation started for my husband to have surgery to remove the tumor. Part of this process was to go for a MRI scan.  From the first X-rays’ to the time he went for the MRI was a period of 3 weeks. We had been praying and trusting God for a miracle and for my husband to be healed without having surgery.  When he was having the MRI he felt such a strong presence of God with him that he felt God was healing him right there and then.  The MRI results showed that the tumor was no longer there!

Receiving these results was reason to rejoice and praise God for His healing power.  My husband and I prayed and agreed that if the Lord had removed the root-cause that we were going to rest in Him and that everything was going to return to normality.  I need to mention that by this time, my husband and I had had many discussions concerning the possibility that we might never have children of our own.  We came to a point where we surrendered that to God, and made peace with it.  We married each other because we loved each other and wanted to spend our lives together, with or without children.  For us, and that is a personal preference, adoption or infertility treatments were not an option.

Well, the month following to my husband’s healing I was pregnant with my eldest daughter Tanya who was born after 11 years of waiting, and three years later my son Ruben was born.  God granted us the desire of our hearts which was to have two wonderful children!

Whoever reads my story and whatever their reality is, I pray that it will serve as an encouragement, and, above all, motivate them to place their dreams and desires in Father God’s Hands – He knows best!

Gary and Jean Gallo
About ten years ago, my husband, Gary, was diagnosed with testicular cancer, which had spread throughout his abdomen, stomach and lungs.  The cancerous tumors were so widespread that Gary’s chance for survival was not good.  The tumors were for the most part inoperable and the only treatments the doctors could offer were surgery and chemotherapy.  They also explained that as a result of the chemotherapy treatments, Gary would never be able to father children.  On top of all that, due to the illness, Gary lost his job and our medical bills totaled more than $20 000.  We did not give up believing on God’s word.  After several months of chemotherapy, Gary began to recover.  A year later, I became pregnant with a set of fraternal twins (from 2 different eggs) – a boy and a girl – without the use of any fertility drugs.  When the twins were a year old, we found out that we were expecting twins again – a set of fraternal boys.  Gary has been free of cancer for almost eight years now and all our medical bills are paid.  We also have two sets of twins (Robert, Regina, Randy and Gary) to show what great things God has done for us!

Sally Khan
I am married for 20 years now.  From 1987 until 1996, I tried to have a child.  I saw many gynaecologists as recommended, but nothing happened.  I did not try artificial insemination.  I adopted my son, Aqueel, in 1996 and have never looked back.  I have not seen anyone for medical assistance since then.  I believe that Aqueel is our purpose.  He was meant for us.  As far as family is concerned, there was no issue with me not falling pregnant. It has truly been a blessing having Aqueel in our lives.  I do not want to think of having another child.  I believe that I have experienced parenthood!