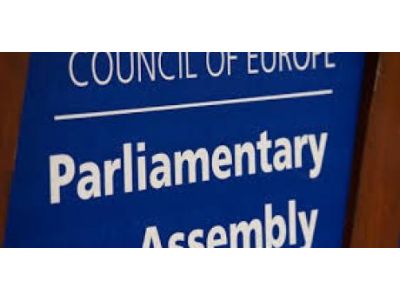 The Council of Europe’s Parliamentary Assembly has overwhelmingly supported the right of Christians to observe their faith at the workplace and in the education of their children. The resolution called, “Tackling intolerance and discrimination in Europe with a special focus on Christians” (Doc. 13660), authored by Moldovan, Valeriu Ghiletchi, was passed by a vote of 67-2, with 15 absentions.

With this petition, let’s thank the author of this resolution for his good work, and encourage him to continue in his efforts. At the same time, let’s ask those 2 MPs who voted against the resolution (as well as 2 British MPs who abstained) to reconsider their positions when such anti-discrimination resolutions come before the Assembly in the future.

This resolution is a milestone for the Council of Europe because it draws attention to the fact that, “expression of faith is sometimes unduly limited by national legislation and policies which do not allow the accommodation of religious beliefs and practices [of Christians].”

Where education is concerned, Section 6.2.3 says that member States should promote reasonable accommodation so as to, “respect the right of parents to provide their children with an education in conformity with their religious or philosophical convictions…”

The significance of this Council of Europe resolution cannot be overstated, especially because of the particular reference to reasonable accommodation of religious observance in “the workplace” and in the education of children. And, the report which accompanies the resolution makes clear that the resolution, itself, is intended to redress some of the affronts to religious freedom which have recently taken place in the many jurisdictions across Europe.

In fact, the resolution’s report provides ample background information about the current state of European citizens’ rights to freedom of religion, freedom of conscience, freedom of expression, freedom of assembly and freedom of choice of education. The picture that the report paints highlights the challenges faced by European Christians in the daily observance of their faith.

Cases from the UK, the Netherlands, Germany and other European countries are elaborated on in the report, and are convincingly used as evidence for the necessity of this resolution. Many cases tell of instances where Christians have been prevented by companies, or by the state, from simple observances of their religion – like wearing a cross, for example. Other cases tell of Christians being prevented from the exercise of conscientious objection in the course of their working day – where, for example, the state requires an employee to make a choice between violating their conscience or losing their job, without providing reasonable accommodation for the observance of their faith.

Because of the unfortunate application (or, interpretation) of national law in such cases, the absolute necessity to take action on behalf of the rights of Christians is now glaringly obvious.

Please thank the author of this important resolution, Valeriu Ghiletchi, and ask him to continue his good work on behalf of all European Christians. And, at the same time, please tell those who voted ‘No’ to this resolution (or, abstained) to reconsider their stance in the future.