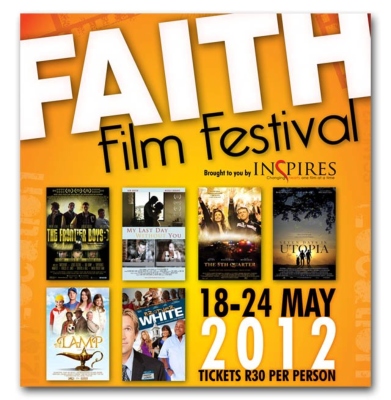 The Faith Film Festival 2012 , featuring six of the latest Inspirational releases, all of which have a Christian or faith-based message, will run in 13 Nu Metro cinema sites around the country from Friday, May 18 to  Thursday May 24 2012.

All the films featured are suitable for family viewing; some of them have been accredited with the Dove Seal of Approval. Dove is a non-profit organization dedicated to moving the film industry to a family friendly environment and supporting all films with a family oriented message.