The story of David and Goliath intrigues most who read it. A young man, who never fought in a war in his life, defeats not only a champion, but a giant who everyone fears.

There’s nothing like a real life experience to make scripture come alive. You can have stories told to you by the greatest storytellers ever, re-enact the battle in drama classes, have parents who read and re-read the stories and say “kid can you see it”, “can you hear it”, but when you find yourself in the midst of a real, live battle and need someone to help you untangle the battle plan, then my friend, that is a story worth having.

Let’s look at our battle. 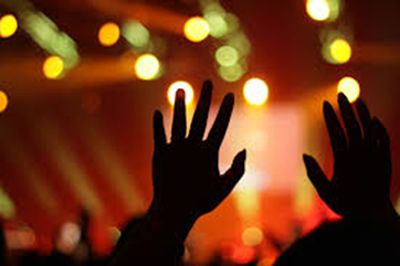 The battlefield
Daily, a giant roars out across the valley of your life. The abuses are levelled at you and your people, saying you have no future, that supplies are being cut off, and little by little you are being eroded.

Communication lines are being tampered with and even the news is questionable. Flicking channels can scramble the network.

The sound of the intimidator’s voice booms in the chasm of your head in the early hours of the morning. The rhythm of your heart beats loud in the base of your eardrum.

The size of Goliath seems to grow as he gathers his cronies from this way and that. Your prayers and those of your people go up and appear to hit a brass ceiling and bounce to the floor.

Your King Saul is terrified and mute and apparently unable to speak against the thunderous abuse. Then a small still voice answers Be still and know that I am God — Psalm 46:10.

The Lord calls
A call is heard: “The Lord is not mocked, He is not deaf, neither is He blind.”

A song is sung that God is a good, good Father (Chris Tomlin).

When Samuel the prophet visited David’s family to anoint David to be the next king of Israel, the Lord said not to look at the appearance of this youngest boy: the Lord sees not as man sees, for man looks on the outward appearance, but the Lord looks at the heart  — 1 Samuel 16:7.

Debate ensues as we disqualify ourselves with lofty arguments of not being good enough to win the battle. The wrong colour skin, wrong surname, no education, too much education, being male, female, abused, used, tried and tired!

Might or right?
Finally, small in frame but great in might, we face our enemy and the valley of our fears, and we call them by name, be it fear of failure, fear of loneliness, fear of loss, loss itself, abandonment, rejection, whatever it’s called. We may tremble at first but the Holy Spirit will remind us that the battle is not ours but the Lord’s.

Goliath had his men, but David was strong in might, only because of the Lord.

It’s these streams of living water that rush over our tormented souls that give us hope for today and tomorrow. 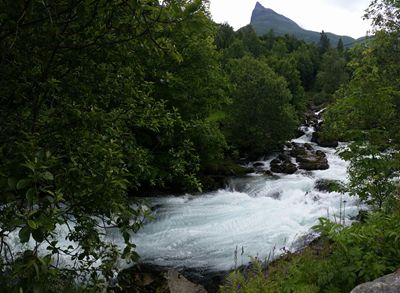 Built for success
If we look back over our lives, we will notice that we have had many victories in various areas, for which we can give thanks. Stop for a second and give thanks to the Lord. He is good, He has done great and marvelous things in our lives. Build a monument of thanks.

David might not have been skilled in the exact art of war but he did know how to kill lions and bears in order to protect his sheep. He had relied on the Lord for every smaller challenge and was being set up for success.

Your identity
Others may want us to take down the enemy with their 10-point plan. David knew all too well if he put on someone else’s battle gear, he would stumble and fall.

Worse still, the enemy knows when you’ve got borrowed revelation.

It’s in the presence of the Lord, in His presence that you have the victory.

It is He who prepares you for battle; it is He who goes before you to make war on your behalf. He has defeated the enemy already on Calvary and the blood of Jesus has been shed abroad in order that we may have life and life itself.

Weapons
David was familiar with his sling — it was well used and it was on hand.

When faced with life circumstances, scriptures, songs of worship and the promises of God must be our first resource.

He chose five smooth stones out of the brook (1 Samuel 17:40) and hurled a stone from his sling with all his might. It hits Goliath in the centre of his forehead, Goliath falls face down and David cuts off his head. The Philistines flee and are pursued by the Israelites.

Ah, such victory must have filled the air from Gath to the gates of Ekron.

However, the underlying purpose of the story of Goliath is to show that Saul is not fit to be king (and David is).

Saul was chosen to lead the Israelites against their enemies, but when faced with Goliath he refused to do so.

Goliath is a giant. Saul is tall but David overcomes this situation in the strength of the Lord.

So, to all my fellow South Africans, take heart. You may feel like there is no way out, but history has repeated itself again and again.

Remember the Battle of the Bulge in the closing months of the 2nd World War when the allies thought the end was upon them … the rest is history!

My friends, the best-won battles are won with your hands held high in praise of the one and only Almighty God.