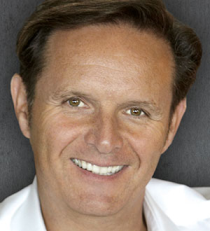 The Global Leadership Summit is a two-day event designed to inspire and equip Christian leaders for the sake of the local church. Founded 19 years ago by Willow Creek Community Church Senior Pastor Bill Hybels, the GLS has trained and inspired more than a million leaders all over the world through the input of world class church, ministry and business leaders. Willow Creek Southern Africa is presenting the GLS 2013 at 12 venues around SA and Namibia during October/November. The local GLS events will combine big screen presentations and live worship. While the summit is primarily targeted at church leaders, it is open to anyone who wants to attend. Attendees usually include church and community leaders, university students, academic, government and business leaders.  Some summit topics apply to general leadership concepts, some are focused on church leadership but are adaptable to any leadership context and other topics are focused primarily on church leadership. In 2012, the GLS reached 160 000 leaders, at dozens of locations in 90 countries and 42 languages.

(See the Dates and Venues and the Fees and Registration at the bottom of the page .)