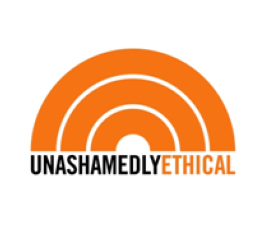 Unashamedly Ethical is calling on members of the public to nominate contenders for its UE Recognition Awards for men and women in the Western Cape who have exhibited great character and ethical behaviour.

“If you have had the privilege of coming face-to-face with a person working in grassroots development, education, government or business who has demonstrated an above average ability to stand against the tide of corruption or to improve the quality of life for others, then we want to know,” says UE Western Cape in its call for public participation in its Awards campaign.

“This is your opportunity to shout about the people who make a difference in the Western Cape. Some people have high visibility while others quietly just stand for righteousness and justice, or make life a little easier for someone else. If you know these people then nominate them and together we can pay tribute to individuals in our province who are positively redirecting our country to a better tomorrow,” says UE WC.

The awards will be announced at a gala evening on the 7th March 2014 at Lord Charles Hotel, Somerset West. Nominations close on February 24, 2014.

Nomination forms can be downloaded from the UE website (www.unashamedlyethical.com/awards) or you can send an SMS with the word “awards” to 081 735 7576 followed by your email address and cellphone, and UE will send you a nomination form (normal SMS charges apply.).

In a separate initiative, Gateway News, in association with UE, is honouring ‘True Champions’ in any region of South Africa, who bring glory to God and bless their fellow-citizens, by opposing the tide of corruption in their spheres of influence. You are warmly invited to suggest anybody you think deserves recognition as a ‘True Champion’. Please email your suggestions to news@gatewaynews.co.za. See January’s True Champion report  and watch out for our February report at the end of the month.