Why God is in the habit of speaking through people who may offend us on account of their ethnicity, gender or lack of experience.

Picture the scene. Someone comes up and begins to speak about a particular subject. But before we even give him or her a chance, we have sized up the person, and we say to ourselves quietly: “How dare this person speak about this? What authority does someone of his ethnicity, his gender, or her lack of experience have to speak about this topic?” Been there? 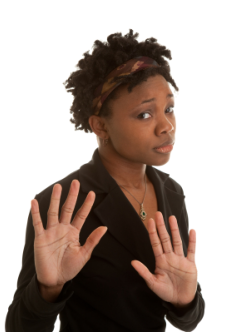 Reason would direct that there is value in people of a particular ethnicity, gender, or area of experience sharing the truth of God on a particular subject. Paul the apostle, an outsider to Athens, brought the truth of God and used as part of his sermon, Greek philosophers whom his audience knew well, quoting them in Acts 17:28: ‘For in him we live and move and have our being.’ As some of your own poets have said, ‘We are his offspring.’ This same Paul, whenever preaching in a synagogue, would almost always begin with his Jewish credentials and ‘experience’. Missiologists attempt to contextualise the Gospel as soon as possible, so that local people will then take the gospel with their cultural background and speak to their fellow nationals in their own language, and with a shared common experience.

But while this is a useful principle, God often goes against the form book. In Acts 4, unschooled fishermen become apostles and challenged the Sanhedrin, the doctors of the law in their day. In addition, Paul speaks with the authority of God on marriage to singles, engaged couples, married couples and widows with no experience of marriage himself. Jesus began his ministry in his hometown, and greatly surprised and offended his neighbours by suddenly declaring that He, ‘Joseph’s son’, had fulfilled Isaiah’s prophecy to set the captives free, right before their eyes. Mary, the first eyewitness of the resurrection, was a woman who had seven demons taken out of her. When she told the apostles of His Resurrection, they would not believe and were later rebuked by Jesus for this. (I wonder how many First Century Jewish men would have believed a woman who had had seven demons taken out of her?!) Incredibly, Moses wrote about the creation of the world without being there as an eye-witness, and we hold to his account as the truth. 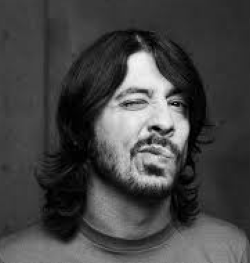 Why then is God in the habit of speaking through people of the ‘wrong’ ethnicity, gender or without ‘enough experience’? I believe it is because truth is not ultimately based on someone’s experience or any other human faculty, but on revelation from God. Experience and reason can be helpful, but revelation is truth that the all-knowing God reveals to us. This is a hard one to swallow, especially in an academic environment, or even in a world that believes that truth is found in some human source. What does all this mean? As Christians, we can therefore receive truth from God through someone who is not of our ethnicity, gender, situation in life and with no experience, because we recognise that God is able to bring truth through any vessel. God often uses ‘the wrong person’ to remind us that He alone is God, and that He will use any vessel he pleases so that we will rest our faith in Him alone.

In our modern and postmodern context, there are other reasons why God would do this. Our modern world worships reason, and the postmodern world worships experience. The very existence of the Bible – the word of God revealed to human beings – completely rails against both reason and “It-must-be-true-in-my-experience” before it can be true. God did not reason with man before giving us His word, and He did not satisfy our craving to have our personal experience satisfied before declaring His Word to us. No, it was declared and given to us without God ticking all our boxes and answering our questions. In effect it says: this is truth, whether it all makes sense to you or not. This is truth, whether it is part of your own personal experience or not.The postmodern world loves to analyse everything through the lens of gender, ethnicity and class, believing in an inherent bias if someone does not have requisite experience in these areas, or is of the ‘wrong’ gender, ethnicity and class. In other words, if a white male speaks into the role of women, or God forbid, racism, how on earth can they speak with any authority if they have not experienced what ‘the other’ has gone through?

But God is totally different. He says that there is objective truth independent of all these categories, and that He can therefore (and often deliberately chooses to) reveal his truth through a vessel who does not fit into these boxes that we would like to tick before someone is allowed to speak.

So the next time you are tempted to think: “Why should I believe what you, a person of the wrong ethnicity, gender, age and without sufficient experience, are saying, perhaps we should apply  1 Thesssalonians 2:13 to the situation, because if it is truth from the Scriptures, its origin is not in the person speaking, but in God himself. The Scripture reads: And we also thank God continually because, when you received the word of God, which you heard from us, you accepted it not as the word of men, but as it actually is, the word of God, which is at work in you who believe.