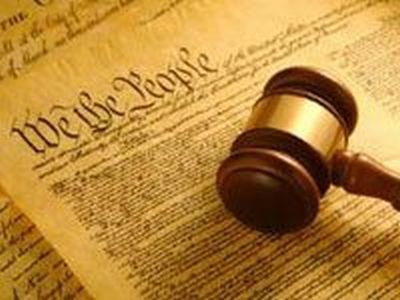 The US state of Indiana recently enacted a Freedom of Religion Act that has come under severe liberal fire. The media has not exactly been forthcoming on the facts of Indiana’s new “Religious Freedom Restoration Act” (RFRA) and this has triggered a knee-jerk reaction from portions of the public. So I’ve decided to just pen a few facts about the Act. I know this is an emotional subject for many, but facts are always king and I want to try and unpack it in a way that makes for easy reading.

How did the act come about?
1.  In 1993, the United States Congress enacted a Federal Religious Freedom Restoration Act (“FEDERAL RFRA”), which gives Americans the right to practice their religion, free of government interference, except where necessary to serve a “compelling government interest”. That law was passed unanimously in the House with a 97-3 vote in the Senate. Bill Clinton was among those who praised it and signed it.

2.  Four years later in 1997, the Supreme Court of the United States said that the FEDERAL RFRA could not constitutionally be applied to the states and if states want to protect religious practice subject to the “compelling government interest test”, they would have to do it themselves by enacting state legislation.

3.  Following this, many states began enacting their own RFRAs with the same “compelling government interest test” being applied, including the state of Illinois which got its RFRA in place with the help of a young state senator called Barrack Obama.

7. There are now 20 states in the US that have got RFRAs, and eleven more that have interpreted their state constitution to provide the same level of protection. These 31 states include most of the big states of the US. So Indiana is definitely not alone and its RFRA is drafted in away that it is predominantly in line with the Federal one.

8. Federal Law supersedes State Law in any event on this subject. A state RFRA cannot protect anyone against federal law. If the Supreme Court requires states to recognize same-sex marriage, no state RFRA will create exemptions from that.

Therefore, when we pull ourselves out of the media storm, we see that Indiana’s RFRA is simply an Act that provides for freedom of religion in substantially the same way that the Federal Act does and the Constitution does. It makes no mention of anything else. So the real question when discussing Indiana’s RFRA is: “Do you believe in freedom of religion?” There is no other issue the Act deals with.

So why the violent reaction?
The media is partly to blame for creating the storm around Indiana’s RFRA by using short, misleading one-liners in their reporting. From what I have seen (in the liberal media at least), I don’t think they have even read the text of the Act, nor do they refer to the text at all. They also don’t make reference to the fact that the Act has substantially the same wording as the FEDERAL RFRA or that Indiana is the 20th state to enact legislation like this. The reporting has actually been very irresponsible and has created an emotional and misled response.

Thankfully there are many journalists and media skeptics though who have done their research themselves and are coming out in favour of the Act. One of those is John McCormack of the Weekly Standard and I have found him to be a good person to follow on this subject to get some real context and balance on the RFRA because he is:

He was in fact one of the people who filed a brief in the Supreme Court urging the Court to require same-sex marriage as a matter of constitutional law. And he asked the court to protect the religious liberty of dissenters. He says “I believe in “liberty and justice for all,” with an emphasis on “ALL.”

It is also important to note that the RFRA acts as a shield and not as a sword. No-one can use an RFRA Act to attack anyone. They can only use it to defend themselves against an attack, and even then their defence is not guaranteed as all rights will be weighed against each other.

So where does that leave us?
I know there are many who have seen these skewed, short headlines in the past week and as a result, facebook is now full of “Nevermind religious freedom! Stuff freedom of religion!” but it’s important to look at actual cases that show how this debate unfolds in real life situations (not in a hypothetical or theoretical sense). If you haven’t followed the Baronelle Stutzman case, take seven minutes to watch her story at https://alliancedefendingfreedom.org/arlene-flowers?referral=I0215ARLF1 to get a peak at the other side of the debate – the side that is unfortunately largely drowned out. The answer is not as simple as the Left would have people believe.

The Constitution is full of competing rights. The reason for competing rights is because all cases are different and must be decided on the facts. There is no way that law-makers can think of every potential scenario when legislating so they put the rights in place and let the courts decide each case on the facts. The fact that there are competing rights in place ensures that it is not an “automatic win” for anyone! In each case, you pull out your “right card” and the other person pulls out their “right card” and the judge weighs it up and makes his/her decision based on the particular facts of that situation.

The goal of this article is two-fold:

1.  Simply to get people thinking. We all know that the media is well capable of pushing an agenda and creating panic where there shouldn’t be. Be aware of that and investigate all the facts for yourself before deciding where you stand. A knee-jerk reaction is often not one that is founded on all the facts, and

2.  To illustrate how serious the attack on the right to freedom of religion is. There are many activists and lobbyists who would like to see freedom of religion reduced to a right to believe but not to act on your beliefs. Whenever freedom of religion clashes with another right, they want to see freedom of religion lose – and they are loud. Indiana has faced media hysteria, boycotting from corporates and even states, harsh criticism, celebrity boycotts – and it is all in reaction to an Act enforcing freedom of religion. The outcry has been so huge that the Governor of Indiana has said that he is more than likely to give in and amend the legislation. The squeaky door seems to be getting the oil in Indiana. And in South Africa, we are facing the same problem. There are several cases pending in our courts where religious freedom as we know it, is hanging in the balance. There is a case in the Constitutional Court right now that many people are not even aware of,  but when that judgment comes, IF freedom of religion loses, the result will be catastrophic for the free practice of all religions in South Africa –  whether Christian, Jewish, Muslim, or any other religion.

As we’ve seen this week in Indiana, the fight against Freedom of Religion is on. And it’s not going to be an easy win. To stay in the loop, you can find some useful resources by following organisations like FORSA (www.facebook.com/FreedomOfReligionSA) and the Alliance Defending Freedom (www.facebook.com/AllianceDefendingFreedom). The former follows developments in South Africa and the latter follows developments in the United States.

* Freedom of Religion South Africa (FOR SA) is a Christian organisation that works to protect and promote religious freedom and the autonomy of the church in South Africa. To join FOR SA and/or receive our newsletter, at no cost, visit our webpage at www.forsa.org.za.