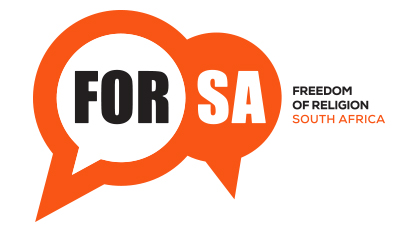 October 27 marks International Religious Freedom Day, which is designed to highlight Article 18 of the International Covenant on Civil and Political Rights (ICCPR).

This fundamental human right was confirmed by the UN Human Rights Committee in its General Comment No 22, as follows: “The right to freedom of thought, conscience and religion (which includes the freedom to hold beliefs) in article 18.1 is far-reaching and profound; it encompasses freedom of thought on all matters, personal conviction and the commitment to religion or belief, whether manifested individually or in community with others.”

75% of world denied freedoms
However, over three-quarters of the world’s population lives in countries where religious diversity is either formally restricted or socially suppressed.

In many cases, government sees freedom of religion as a threat, often because it is an independent voice that it cannot control and which has the potential to be critical of government.

Often – as has been seen recently in Russia – the state uses rhetoric to whip up popular sentiment against a particular group.

In Russia in 2017, the Jehovah Witness movement was banned as “extremist” and its property was confiscated. This followed the passing of regulations in 2016, which place broad limitations on missionary work, including preaching, teaching, and engaging in any activity designed to recruit people into a religious group.

To share their faith, citizens must secure a government permit through a registered religious organisation, and they cannot evangelise anywhere besides churches and other religious sites.

The restrictions even apply to activity in private residences and online.

Closer to home
Closer to home, this month Angola has cracked down on religious freedoms, where the government has signed a new law to restrict freedom of religion. While there is a recognition of traditional denominations, many churches are independent and they have been given 30 days to legalise by proving that they have over 100 000 members in order to be recognised, or face closure.

The regulations also state that all pastors must have a theological degree and that personal evangelism is restricted.

In South Africa, in February 2018 the COGTA Parliamentary Portfolio Committee, after an extensive consultation process with senior religious leaders representing over 15 million people, produced its findings and recommendations on the CRL Rights Commission’s Report on the “Commercialisation” of Religion and Abuse of People’s Belief Systems.

At the conclusion of this democratic process, COGTA chose not to support the CRL’s recommendation that every religious practitioner and place of worship be registered, nor the set-up of an elaborate bureaucracy of Peer Review Councils to vet doctrine to ensure that it would be “acceptable”.

Instead, COGTA indicated that since the religious sector had agreed that there were problems, it should be given the opportunity to self-regulate by finding its own solutions.

They therefore supported a proposal for a national consultative conference where a full discussion could take place on the issues raised in the CRL’s report and suggested that this could include the development of a Code of Ethics, based upon the Religious Freedom Charter, which it noted was already widely adopted and supported by the religious community.

It further noted that there are laws in place which already address many of the issues highlighted in the CRL’s report, but that these are either not being applied or not being properly enforced. It recommended that this be rectified with immediate effect and, where necessary, that relevant legislation be amended to ensure proper compliance and accountability.

CRL still pushing regulation agenda
However, recent events would seem to indicate that the CRL has not accepted COGTA’s recommendations. It has repeatedly indicated its intention to apply to the Constitutional Court for a ruling to declare that it does have the power to regulate religion.

It has continued to use high profile issues like the so-called “Prophet of Doom”, the Seven Angels cult and the Timothy Omotoso rape trial to push its agenda that the solution to these scandalous incidents is its proposal to license every religious practitioner and place of worship.

Significantly, these very instances have seen existing laws properly enforced and effectively dealing with those who have tried to hide criminal activity behind a shield of religious freedom, thus demonstrating that the current system of laws in South Africa is more than sufficient to deal with this type of “religious abuse”.

Recently, the CRL engaged with the National Religious Leaders Council (NRLC) under the co-chair of Pastor Ray McCauley. This NRLC and the CRL convened a meeting in August, where the CRL handed over the process to the NRLC (an inter-faith structure established under the Zuma presidency) and presented a “Code of Conduct” which the CRL had developed.

Key religious leaders excluded
It is concerning that the vast majority of religious leaders who had participated in the COGTA hearings were not invited to this meeting, nor was mention made of the process initiated by most of the senior leaders of the Christian community to authorise the South African Council for Religious Rights and Freedoms (SACRRF) to lead a process to develop a “Code of Conduct” by the religious community and for the religious community and based upon the responsibilities which correspond to the rights detailed in the Religious Freedom Charter.

So, while we respect the bona fides of Pastor McCauley as he leads this new process, there is nevertheless concern that regulation of religion is still a real possibility.

Commenting on the importance of International Religious Freedom Day for South Africans, FOR SA Executive Director Michael Swain states: “International Religious Freedom Day is an important reminder that every person has the right to choose what they believe, to say what they believe, and to live out their beliefs without fear of persecution or punishment.

“It is also an important opportunity to pause and heed the warning of other countries where religion is regulated. In a great many countries, regulation has resulted in oppression and even persecution of religious groups and individuals. As South Africans, we, therefore, need to be very careful that something which looks benign does not end up being cancerous”.