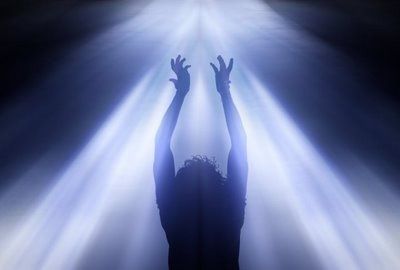 Two pastors and two new believers in the Middle East who were sent to prison for their faith received favour from a jail officer whom Jesus visited four times in a dream.

The two pastors were reportedly giving Bible lessons to the two new believers when police barged into their room and beat them all before taking them into custody.

The new believers had started attending the underground church just six months before the arrest. The pastors were working with Bibles for Mideast, a ministry that operates in the Middle East, Asia and Africa by giving away Bibles, evangelising the lost and planting churches.

Bibles for Mideast has helped establish 176 underground churches, 103 of which are in the Middle East. These churches have been turned over to the newly formed church called Assembly of Loving God.

Guilty of blasphemy
The two pastors and the two new believers were charged with “blasphemy of the prophet” and “misguiding Muslims into a false religion.” They were found guilty in a sharia court.

When they were sent to prison, they were again brutally beaten for two days while their hands were tied to a steel bar and their backs were bent forward. The jailers gave them just one piece of a local bread called kuboos each day. The experience was agonising.

One of the pastors said none of them thought they would still come out of prison alive and that they were already anticipating a death sentence. Yet, though they were tortured, they found comfort in remembering what Jesus went through and they began to confess, “The blood of Jesus is our victory!”

God was already moving
Unknown to them, God was already moving behind the scenes. On their third day in prison, the four Christians were visited by a high-ranking jail officer. He treated them well and ordered the jailer to untie their hands and give them good food. After that, he left and disappeared into his office.

The four Christian prisoners were baffled by the officer’s kind treatment.

“We thought, he came with a decision of finishing our life of this world. That’s why treating us like this,” one of the pastors said.

The officer came to their cell again in the evening — and surprised them all when he asked them to pray for him.

Dream of Jesus seated on throne
As it turned out, he had a dream about Jesus the previous week. The Lord visited him in a dream, appearing in glory and seated on a throne. Bright light surrounded Him, and millions of angels were at His bidding. Jesus raised His nail-pierced hand and showed it to the jail officer.

The officer had the same dream again the following night, and the night after that. His dreams drew him to know more about Jesus so he read about Him on the Internet.

The next evening, he had another dream. Jesus appeared to him once more and told him, “My children are being tortured in your jail. I leave them before you. My children are the apple of my eyes.”

That was when he decided to visit the jail and see the four believers. He stayed there three days, spending most of his time talking to them about Jesus. They shared the gospel to him and he received Jesus as his Lord and Saviour.

Order of release
The jail officer wrote an order to release the four Christians. It was initially rejected by the court, but it was finally granted after he filed an appeal. So all four of them were set free.

The officer invited them to his “cottage” in the prison upon their release, where they were given good food. He then requested that he be baptised. The two pastors baptised him along with the two new believers.

Then he took them in his car and drove them back to their homes. He encouraged them to continue their work for God and warned them to be careful.

The four believers were thankful to those who prayed for them.

“We thank for those who were fasting and praying for us,” one of the pastors said. “Our Lord Jesus Christ is worthy to be praised. All glory and honour to Him forever and ever!”