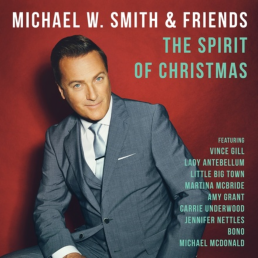 It was the summer of 2007 when Michael W Smith not only visited our country, but to my great delight, made his way to the beautiful city of Port Elizabeth. What an honor it was to have lunch with the man who wrote songs many years ago that challenged me as a young Christian. I remember him asking me if the wind always blows like this in Port Elizabeth. I was explaining to him that this is the wind of the Holy Spirit and he just smiled at my enthusiasm about this city…  Were you in that stadium when he walked out and started leading the crowd in worship to the King of the universe?  Did you see the electric storm behind the stage in the clouds above us as the atmosphere was impacted by our worship and how the wind was silenced by the adoration of a people hungry for their loving God?  Did you feel those precious few drops of rain kissing every face as we sang “Let it rain…”?

Through the years we have come to know Michael W. Smith as a worshipper who walks what he talks and have come to expect a certain standard from his creativity. With his 4th Christmas album just released, you will not be disappointed.  “This is the most unusual and unique album that I have done in my 31 years…” is how Michael W. Smith describes this album. When you look at the list of world famous artists in Christian as well as the Secular market you will come to understand Michael’s excitement when he explains “Collaboration is a beautiful thing and these artists came in with massive amounts of passion!”  The London Session Orchestra provided the magnificent symphonic music adding so much to this production and to name but a few, he was joined by Lady Antebellum, Martina McBride, Amy Grant, Carrie Underwood and Bono — the list goes on!

When he excitedly shares about 7 year old Audrey, his oldest granddaughter, joining him in SOMEWHERE IN MY MEMORY, he proudly does the whole grandfather-thing!  Like a beautiful golden thread quietly weaved behind the scene of this production is a deep love for the Saviour of the world, Jesus Christ.

If you want to remember songs you heard while growing up and at the same time get an introduction to some magnificent new music especially written for this production, then this is the album for you.

May we never lose the wonder of who this Messiah Jesus Christ is, yesterday, today and forever…