Daniel the Musical finished its run in Jerusalem on Tuesday and what an experience of biblical proportions it has been for all, with glorious highs and devastating lows.

Most of the South African cast and crew are back home and despite the bitter blow that nearly ended the show prematurely when lead performer Andile Gumbi took seriously ill last week, most of the team say that the past three weeks in Jerusalem has changed them completely — for the better, said team manager Julita Kok.

On behalf of Mrs Gumbi and family: it is with profound sadness we share the news that our beloved Andile passed away this morning. Andile received the best medical care possible.

We request that the family be given space to grieve and that their privacy be respected in this very difficult time.

The family will make a statement at the appropriate time.

Kok, who is still in Jerusalem, where Gumbi remains in a coma in a critical condition in the Shaare Zedek Medical Centre, told Gateway News that the challenges they faced were heartbreaking but yet they have taken heart that they completed their divine assignment to bless Israel and the nations through the fullscale musical production. And they believe that God went ahead of them and that everything will yet work for the good of all.

Ever since God inspired singer/ songwriter Joe Niemand to write the musical based on the biblical story of Daniel and to take it to Israel, the production faced tough obstacles. But the challenges escalated when they arrived in Jerusalem. And within days of their glorious world premiere night on October 10 Gumbi suddenly fell ill, bringing the show to a shocking halt.

Kok said it had been gruelling for her to rush the incapacitated Gumbi to hospital — the language was a barrier, the logistics were a barrier, and she was momentarily overwhelmed when the hospital asked her for 406 US dollars — until she remembered that God had provided for this unexpected need in the form of a gift of dollars from a supporter two nights before. With the Lord’s help, Gumbi was admitted to the world-class hospital without delay.

Kok recalled, a few days later, after the team’s bold decision on Friday last week to resume the show, how she shared her heart with the audience one night during the regular time that she said a few words after each performance. 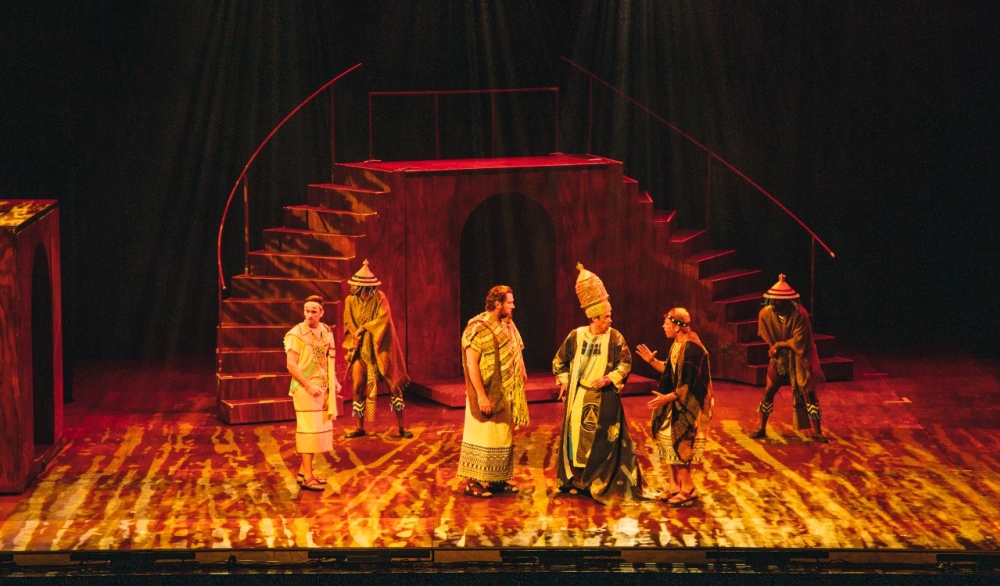 “I told them we had faced a choice: are we going to go back to South Africa defeated because of Andile’s situation and all the challenges, or are we going to do what we came for and that is to bless Israel?

“And I said we made the choice to not only play Daniel but to live Daniel and be strong and courageous. And we are not going to compromise, we are going to do what we came for and we did that.”

The show went on with Niemand playing Gumbi’s part of King Nebu, as well as his two other roles of the father of the young Daniel and Daniel in his older years. It put a huge demand on Niemand and even the script had to be tweaked so that the production would flow properly with the role changes.

“I told the audience that night that sometimes I could feel and smell the lion’s breath in my face — that’s how close the enemy came. I really felt like Daniel in the lion’s den and the three in the fiery furnace.

“And where we are now, not even our clothes are smelling of fire. There’s no smoke smell on our clothes because we were triumphant. God brought us through this. God receives the glory for this because without Him we were not able to do this,” she said. 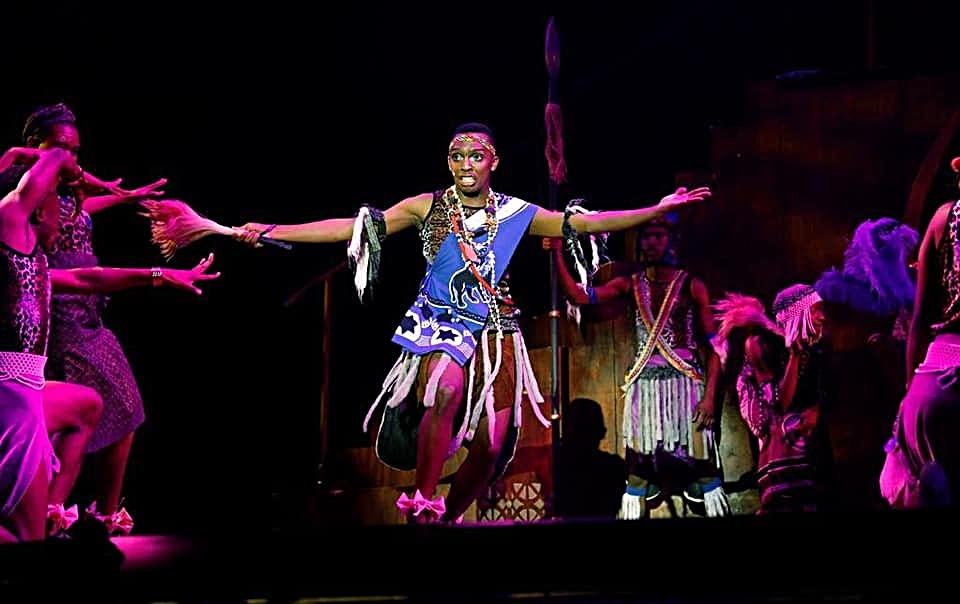 She said despite the pressures the show itself went phenomenally well and the Jewish people loved it, as did people from other nations who were in Jerusalem for the Feast of Tabernacles. They got requests from people from many countries to take the show to their nations. South Africans who watched the show which uses song, dance and drama to tell the Bible story of Daniel with an African twist, said it made them feel so proud to be South African.

“The thing that was amazing to me was how Israel came and loved us,” said Kok about people’s response to the South African team’s determination to fulfil their mission to bless Israel.

“I mean, the whole of Israel — Jew, Messianic Jew, Orthodox Jew, Gentile, Christians, Muslims, you name it, they are all praying for Andile — it brought us all together,” she said.

“When I was with Andile in hospital this morning a Jewish gentleman came in and asked who I was. He told me he was at the show and how blessed he was when he realised we came to Israel to do this. And he said he wondered if I knew how many lives were touched — especially the Jewish people because we did not do the show in South Africa first, for our own people, but we brought it to the Jews.

Kok said her meeting with the Jewish man this morning, alongside the critically ill Gumbi, had impacted her deeply.

The musical was taken to Israel as a non-profit venture. Losses mounted because of several lost performances after Andile Gumbi took ill. Currently the production has outstanding costs of about R3-million.

Donations can be made to: