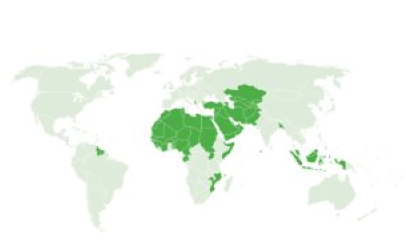 An increasing number of Muslim majority nations are strictly enforcing Islamic blasphemy laws in order to penalize Christians and other religious minorities, according to Barnabas Aid.

All blasphemy laws are incompatible with international human rights standards, according to a recent report by the US Commission on International Religious Freedom.

“This trend of greater usage of blasphemy laws will surely lead to increased violations of the freedoms of religion and expression,” said Knox Thames, USCIRF director of policy and research. “Governments will jail people and extremists may kill others in the defense of undefined notions of religious sentiment.”

The USCIRF report revealed that wherever authoritarian governments supported official religious creeds, blasphemy accusations were used to silence its critics and any political rivals, all under the guise of piety.

Pakistan was cited as the most egregious example of the increasing misuse of blasphemy laws: 14 Pakistanis are currently on death row and 19 others are serving life sentences. There was a similar increase in Egypt after the Arab Spring. From 2011 to 2012, the Egyptian Initiative for Personal Rights recorded a total of 36 blasphemy cases involving 63 people; of these, 59 percent were lodged against Muslims and 41 percent against Christians who comprise less than 10 percent of Egypt’s population.

Other countries that misuse blasphemy laws include: Indonesia, where more than 120 people have been detained since 2003; Iran, where any criticism of the Islamic republic is an offence; Saudi Arabia, a kingdom that can lodge blasphemy charges against any of its subjects who dare to advocate social reforms and Sudan, where blasphemy accusations are used against anyone opposing the current regime.

Since 1998, the Organization of Islamic Cooperation — composed of 57 nations with large Muslim populations — had unsuccessfully lobbied the UN for an international blasphemy law. But in 2011, a general resolution prohibiting religious intolerance was passed unanimously.