It is good sometimes to ask significant questions which point us to what we want to be and where we want to go as a country. Once that vision and goal are established we can seek to move towards it. But the clarity of purpose is essential. In the American civil rights struggle in the fifties, a popular song carried the words, “Keep your Eyes on the Prize.”

So let’s put a few questions to ourselves. Firstly, what kind of country do we want? What building blocks are needed? I believe our answer would be that we want a country which is non-racial, democratic, with good justice systems in place, plus economic prosperity, national strength, unselfishness, and a concern for the poor and marginalised. I believe that sort of vision is really worth striving for.Then we ask what kind of people do we want to be? I believe we want a country of good people. That kind of answer might seem naïve or simplistic, but the fact is that goodness is a basic building block for any country. 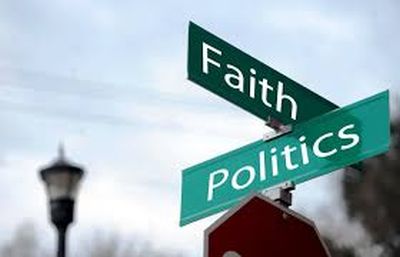 Righteousness exalts a nation
Alexis de Toqueville, the nineteenth century French philosopher, was asked the question after visiting the United States: “Wherein lies the greatness of America?” He replied: “I sought in the fertile fields and the boundless forests and in her rich mines and it was not there. I sought for the greatness and genius of America in her democratic congress and her matchless constitution, and it was not there, not until I went into the churches of America and heard her pulpits aflame with righteousness did I understand the secret and the genius and the power.”

The late Oginga Odinga, the Kenyan politician, said at the end of his life: “We wasted 30 years of independence. We did everything, but we forgot virtue.” For example, if South Africa was full of Thuli Madonsela’s we would be a great nation. I believe that is self-evident.

Another key question. What kind of constitution and laws do we want? I believe we want the constitution and laws which acknowledge a transcendent accountability and basis. One modern political thinker in the States has said: “Why have law and order deteriorated so rapidly in the United States? Simply because for many years it has been commonly taught that life is a random, accidental phenomenon with no meaning except the purely materialistic one. Laws are merely a matter of human expediency since humans are allegedly accidents, so are their laws.”

Theodore Roosevelt once said: “Power undirected by high purpose spells calamity. And high purpose by itself is utterly useless if the power to put it into effect is lacking.” The late and great Edgar Brooks, parliamentarian, academic, and historian, observed even more pointedly: “Democracy is not a heresy but democracy divorced from God, freedom and immortality, and from every moral imperative, is certainly a heresy, and certainly a dangerous one.” 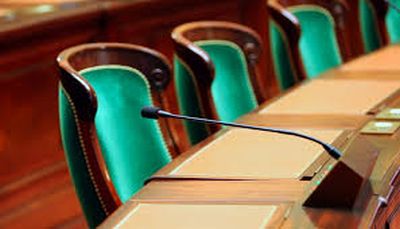 If the family crumbles, the nation will crumble. Young people need to be taught that sex is for marriage and marriage requires the lifelong commitment of the two partners. Easy divorce should not be encouraged. And children should be raised in the nurture and discipline of the Lord and with two loving and caring parents.

All of this adds up, I believe, to the national prize we covet. And we must “Keep our eyes on the prize!”