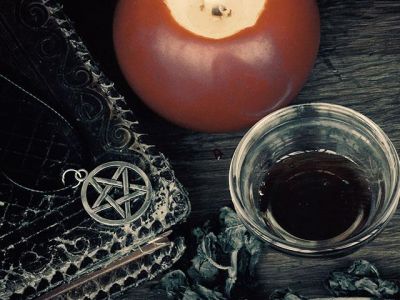 Satanic activists are increasingly engaging in political attempts to undermine the influence of Christianity in the public marketplace of American society.

At every turn, whether they score a victory or suffer a setback, the Satanists push on to new cities and states with the same goal: eliminating symbols and practices that they argue violate the so-called separation of church and state.

CBN News has reported over the past year about Satanists fighting to pray before a city council meeting in Phoenix, and to place a Satanic statue on the grounds of several state capitols.

Those efforts are just a part of a broader agenda to undermine the country’s Christian heritage, through political and cultural means alike.

The primary group waging the anti-Christian campaign is called “The Satanic Temple,” which first started making news in 2013.

Their strategy often involves shock tactics to force lawmakers and public officials to back down from support for longstanding traditions, such as public prayers and Ten Commandments statues.

Last month, the TST and atheistic groups joined forces to target the handing out of Gideon Bibles in Colorado schools.

They fought to hand out anti-Christian materials, like a booklet titled An X-Rated Book: Sex and Obscenity in the Bible, which included an illustration of a Bible with human arms groping a woman.

One Colorado district ended up blocking several of the booklets from being given out at a junior high school because the materials included graphic content.

That statue was originally meant for the state capitol in Oklahoma City until the state supreme court banned a monument of the Ten Commandments.

TST then pushed to place the figure outside the Arkansas statehouse, where a Ten Commandments monument had been planned.

In March, the Phoenix City Council voted to end opening prayers after Satanists fought to be included. The city’s attorney had said there was no way the government could exclude Satanists from praying if it allowed other religions to pray.

Phoenix eventually reinstated the prayers under a new provision that stated only police and fire chaplains could provide the invocations.

But the Satanists are not backing down by any means.

AZCentral.com reports the group is now working to interject Satanic prayers into four other Arizona cities, including Scottsdale, Chandler, Tucson and Sahuarit.

The Satanic prayer for Scottsdale City Hall is scheduled for July 6.

The Arizona Republic obtained a draft of the expected prayer, which will state: “Let us stand now, unbowed and unfettered by arcane doctrines born of fearful minds in darkened times.”

The Satanists will implore people to give in to the “Luciferian impulse to eat of the Tree of Knowledge,” will target their foes by stating “that which will not bend must break,” and will conclude with “Hail Satan.”

Meanwhile, TheConversation.com reports The Satanic Temple is also backing a new horror film called “The Witch,” which targets the Puritans.

“TST believes that the separation of church and state is currently under attack by radical religious conservatives,” Laycock wrote. “TST has waged a highly active campaign … to challenge the privileged relationship Christianity has with government.”

He reports that TST launched a four-city tour in tandem with viewings of “The Witch,” in which the group follows the film by performing actual Satanic rituals.

Their goal: to launch a “satanic revolution.”