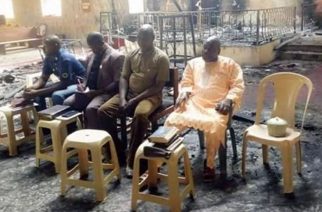 Originally published in UG Christian News Uganda Christian News has learnt of Christian worshippers in Nigeria who still come together for prayer despite their church building being razed by terrorist group Boko Haram. The Barnabas Fund, an international Christian aid agency, reports that four church elders in the village of […]

Originally published in World Watch Monitor The kidnap of a pioneering American missionary in Niger is a “terrible tragedy” for the communities he served for 24 years, according to the local mayor. It has also raised security concerns among the country’s missionary community. Jeff Woodke, 55, who worked for Jeunesse […]

The heartbroken family of South African teacher hostage Pierre Korkie, 56, who died during a failed US rescue mission in Yemen a day before he was due to be released say they have forgiven his al-Qaida captors. An American journalist Luke Somers and 10 al-Qaida terrorists also died in the […]

Originally published in Eyewitness News Relief organisation Gift of the Givers says it has received confirmation from al-Qaeda leaders that kidnapped Bloemfontein teacher Pierre Korkie is still alive. The group’s leaders are reported to be responding positively to correspondence from parties trying to secure Korkie’s release. Korkie and his wife Yolande were […]

Originally published in God Reports Christian Solidarity Worldwide (CSW)says in a media update that Fr Mateusz Dziedzic was kidnapped by eight men from the rebel group Democratic Front of the Central African People (FDPC), and is reportedly being treated well. The group has demanded the release of their leader Abdolaye […]

Originally published in ioL Newswith additional reporting by Gateway News A14-year-old girl found herself in “modern-day slavery”, in the words of a Wynberg magistrate, when she was sold for R8 000 and forced to marry a man who held her captive and beat her for sex. Last Thursday (February 13), […]