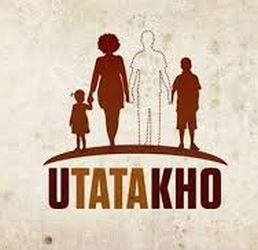 After watching uTatakho, a show on Mzansi Magic helping people search for their identity and find their long-lost fathers my heart broke for the lady who cried once it was confirmed that the man who raised her was not her real father. Initially when the episode started she appeared to not care much about the results. She said that they will not make a big difference in her life. She just wanted to know if the man who raised her was her biological father or not. When it was revealed that he was not she broke down. She admitted how it hurt not knowing her roots and how it felt as if her life was a lie.

I have seen how devastating the effects can be of not knowing who your father is. From watching programmes such as Khumbulekhaya (Remember Home) where viewers go on a search to locate their loved ones I realise how important family is and how important it is to belong to one. It can scar one for life to realise that a loved one ran away and abandoned his or her family.

Remembering my father
This Monday, the 4th of April, will be the anniversary of my father’s death. My father was not the most perfect father (who is?) he but he was there for me. Growing older and facing many challenges in life and knowing the realities of so many other people I have come to appreciate the man my father was. We had our fights while I was growing up and I must admit I did not see the blessing he was in my life. It was after he was gone and I was more mature that I was thankful to God for the gift of my father’s life. There are far too many stories of adults who grew up without the presence or the love of a father; stories where they share how if there is one thing that they could change in their life and in their childhood it would have been to have have known their father.

We have a social ill in this country of fatherlessness. It is a challenge that we have had for a very long time hence we have a show such as uTatakho. I have counselled too many people whose broken relationships are rooted in growing up without the love of a father. If you are a father who is not involved in your child’s life, do right by them and cultivate your relationship with your child. Their future self will thank you for it. You might not have a relationship with his or her mother but do not let them suffer for it. If you are a mother and have a child with a man you are no longer with, do right by them and allow the father access to see his child. Your child’s future self will thank you for it.

I was not close to my father. I was raised during a time when closeness between father and child was something that you did not readily find. This is thankfully changing nowadays as more and more fathers want to play an active role in the upbringing of their children. There are many things that I can fault in my dad but I will always be grateful that he lived and modelled the following to me:

1. He was there! When I look back at my life and when I read about the devastating effects of the unanswered questions of adults who grew up without a father I am thankful for a father who was there for me. He was there…for every birthday; for every scolding and for every challenging situation that we went through as a family my father was there!

2. He provided safety. He fought for me. Boys knew not to mess with me and to bully me because they knew that they would have to deal with my dad. I knew that I was safe in my neighbourhood because my father would protect me.

3. I knew him! He did not run away like so many men who when they find out that they have impregnated a woman run from their responsibilities. I did not grow up not knowing my father and having the unanswered questions of “Why did he not stay? Why did he abandon me?” Wondering always wondering why I was not good enough for him to stay…

4. He gave me an identity; a sense of belonging. I have a surname. I have a background. I easily understand my personality and how my body is shaped…it is because I take after my father.

5. He brought dignity to our home. He did not live his life in a way that brought shame to my family. I went through life not being embarrassed to introduce myself as Welile’s daughter. When people realised I was his child they always said it with a beaming smile…Üngumntana kaWelile (You are Welile’s child?). I thank God for giving me a father who did not bring the family’s name into disrepute.

6. He gave me a gift of education. My father loved education. He told me months before he died that he was not rich therefore cannot give me money. He said the only gift he can give me is to pay for my education, which he did.

7. He passed on to me his love of reading. I loved books while growing up. He always had a newspaper or a book in hand and he passed down that passion to me. I do not know what shape my life would have taken if I did not have books that opened up different worlds to me. Reading exposed me to various realities and worlds that one could pursue. It opened me up to possibilities.

8. He raised me. My father was very involved in my upbringing and rearing. Even when it was unheard of for a man to change a diaper in the 70s my father changed them. He would often remind me when I wanted to argue with him, he would say “You can talk back now, you forget I used to change your diaper.” He often said this accompanied by a giggle.

9. He respected my decisions. I know that so many of my peers had heated discussions and full blown arguments when they told their parents, especially their fathers, that they wanted to do drama. My parents respected my decision. My father could have refused to pay for my Bachelor of Arts studies but he honoured my choice.

10. He endured many challenges. My father was a dancer when he was younger and he had an accident that left him paralysed. He pushed himself to walk again. He limped while walking but he drove and had a quality of life. He modelled this determination to me and for that I will always be grateful that he did not give up. Because he overcame his many challenges I know that I can too.

It is often said that when you are older and you have your own children you begin to appreciate your parents more when you realise how difficult parenting is. When I was a teenager I had my own fair share of conflicts with my parents, especially my father. I thank my mother for playing peacemaker between my father and I because I would be living a life full of regrets if I have never reconciled with my father and he had passed away without us reconciling and forgiving each other.

Hugging dads
I marvel at the relationship my husband has with each of his children. We have three children; two boys and one girl. I am especially touched by witnessing how close he is to his daughter and how protective he is of her. It makes me think back to my own childhood and realise how things have changed. My husband and daughter hug easily but I do not have one memory of hugging my dad. My husband readily tells all his children how much he loves them. This was something that in the olden days you did not hear.

My two boys faces light up when their dad is there. I see how alive the expressions on their faces glow when dad is there at their sporting practices and matches. It changes the dynamics somewhat when it is their father who is there. Their pride shoots through the roof when he coaches the team. If you are a father never underestimate the influence your actions are making on your children’s lives. Big or small your actions are speaking volumes to your child. Be there! Do not say that they are better off without you because you cannot provide the lifestyle you envisioned for them. Be there physically. If you cannot be there physically, be a phonecall away. Your children must always know that they can always depend on you.

My father passed away 19 years ago but I will always be thankful for the gifts that he gave me. Gifts that have nothing do to with money. The most important one was he was there for me….