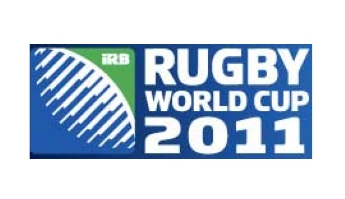 [notice]On Sunday the Springboks play Wales in their first pool game in their Rugby World Cup in New Zealand. South Africa are favoured to win and SA fans will be rooting for their players to get off to a convincing start against the men in red. With all eyes on this encounter we publish pertinent interviews with three Welsh Rugby veterans from the archives of  2K Plus International Sports Media. These conversations recapture some of the fire and physicality associated with the game in Wales — but more importantly, the testimony of what Christ has done in the lives of these sportsmen.[/notice]

Chris Jones holds the unenviable record of being the first man in the history of world  rugby to be banned for life twice.

Chris: “Winning was absolutely everything, you know. I would do anything to win. I can’t tell you why I should have that attitude but I can tell you it was an extreme attitude right from when I first started playing the game. And you know, it got to the stage in the end when I would kick people in the head, gouge people’s eyes, stamp on heads, anything, just to go out and win the game.

2K Plus: “But in 199o this life changed dramatically when he met Jesus.”

Chris: “I really believe that only committing your life to Jesus Christ can give real deep-seated peace and contentment and fulfilment that nothing else can give. I mean, I tried most of the things the world has got to offer. And without the shadow of a doubt I just found that Jesus’ way is the best.”

Phil Davies from South Wales had the nickname Ming The Merciless thanks to his uncompromising attitude on the field.

Phil: “I played most of my rugby at top level for Bath, Aberavon and Bridgend. But I blew a rugby career, basically because I liked to fight and I was a confrontationalist. I enjoyed the confrontation. I played at tight head prop and I really took to the physicality of the game. Really! And I took it to unhealthy lengths. I found myself being sent off regularly.”

2K Plus: “But in 1993 his life changed dramatically after he became of a follower of Jesus Christ.”

Phil: “Well, my life is completely transformed. You know I haven’t had a fight. The Lord took that away straight away. He took away the anger. If you look at pictures of me, you know from the past, people say to me that they can’t believe the change in me — especially people I haven’t seen. Because the anger’s gone. You know, I would say my life is completely transformed. It doesn’t bear any comparison whatsoever with where I was.”

Clive: “I came back from Loughborough College and became player coach straight away at Triorki. I  went to Pontypool, I went to Newbridge. I hurt my shoulder at Newbridge and had the offer to go and coach — again at a young age. So I went down to Pontypridd as a coach — very young — and my coaching career, I suppose went from there.”

2K Plus: “For many years Clive was a convinced atheist. Then after spending four years examining the evidence he became a committed follower of Jesus Christ.”

Clive: “Its the assurance I suppose. It’s the internal peace that comes with it that. I’m not the sole determiner of my destiny. God is in control. Not this governing body, not this financial situation. God is in control and God loves me and wants the best for me and that safety  is just.. It’s the pearl of great price.”