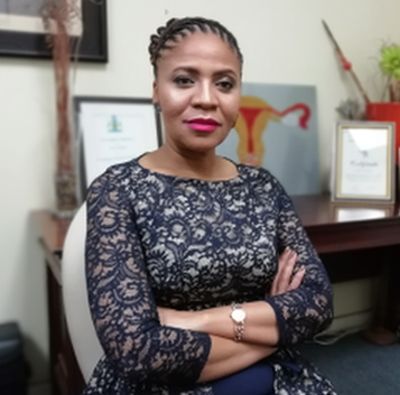 On October 12 2018 at the Feather Market Hall, Port Elizabeth, Womb Stewardship will be launching its ministry under the theme “Royalty” and We Will Worship will be performing.

Womb Stewardship is a ministry led by Dr Pinky Ngcakani-Ncula who is a physician by profession and also a minister of the Word of God. Other directors of this ministry are Kolekile Ncula who is Dr Ngcakani-Ncula’s husband, Mandlakazi Jama, and Nontobeko Mbobela.

This NPO has a mandate of restoring stability and purity in our society and their emphasis is on ministering to women.

During a conversation with Ngcakani-Ncula, she stated that this ministry has been in her heart for a while — that the Holy Spirit ministered to her first about being a steward of her own womb.

“God trusted women with the womb and gave them stewardship over it; it is therefore a woman’s responsibility to make sure that the womb she has been entrusted with is safe, clean, and most of all pure.”

She added that the choices a woman makes when it comes to who enters this sacred space, will determine her relationship and obedience to God.

Three-part launch
The official launch will be in three phases.

The first phase will be the filming of a three-part documentary which will be aired on BayTV. That will be followed by a press conference to brief the public about the ministry and the upcoming event. Lastly, its public launch at the Feather Market Hall.

According to their website, “this final phase seeks to create an environment for networking towards the goal of moral regeneration and empowerment of our men and women”.

Though the ministry is focused on women, men also play a vital role in keeping the womb as sacred as it was meant to be.

“We must remember that life comes from the womb. Even God spoke to the snake (devil) after the man had fallen. He said And I will put enmity between you and the woman, and between your offspring and hers; he will crush your head, and you will strike his heel — Genesis 3:15.”

She implied that the womb is a seed carrier and should be treated with respect.

The launch will also be providing a platform for the NMB based gospel singers, Grace SA to showcase their talent in music. The ministry has also recorded their debut gospel album which will also be exhibited there.

The movement of the Womb Stewardship has reached various locations in South Africa such as Cape Town, Ulundi, Johannesburg, Dimbaza, Knysna and many more.

“We live in a world where losing your phone is more dramatic than losing your virginity” said Dr Ngcakani-Ncula. She supported this statement by saying that they also target schools, “usually at schools we ask to speak to students during the Life Orientation subject”.