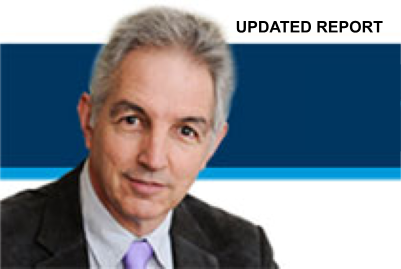 Zizipho says she will press charges against intimidators

The University of Cape Town condemns the invasion and vandalism of the office of SRC Vice President Zizipho Pae by LGBTQIA+ protesters and “other actions that exceed the bounds of legitimate debate and protest”, says UCT Vice Chancellor, Dr Max Price, in a statement published in the UCT Daily News on Tuesday (July 28, 2015).

In his statement Price also says that a UCT legal adviser has found that a personal Facebook statement by Pae in response to the legalisation of same-sex marriage in the USA is not in breach of the UCT Student Code of Conduct as alleged by a student group, the UCT Queer Revolution.

He also says that in response to an appeal to his office by Pae challenging a reported SRC decision to expel her from the body, he has asked the SRC to clarify its decisions, the process it followed and the grounds for its decisions.

Pae, who on  Thursday (July 23, 2015) sent a letter to the Vice Chancellor requesting him to review and set aside the SRC decision to expel her, has welcomed the university’s dismissal of the UCT Queer Revolution’s charges against her. In a statement released on her behalf by FOR SA today (Wednesday, July 29), she says she intends pressing disciplinary charges against protesters who acted criminally against her and she will take legal action to ensure her physical safety and protect her rights. On Thursday Christian leaders in Cape Town released a statement in which they express deep concern at the “unacceptable level of vitriol and animosity” levelled against Pae in response to her June 28 Facebook post which says: “We are institutionalising and normalising sin! Sin. May God have mercy on us.”

In Tuesday’s statement Price says UCT “takes takes a firm position in promoting the equality and dignity of individuals in the the lesbian, gay, bisexual, transgender, queer, intersex and asexual (LGBTQIA+) community” and that statements like Pae’s “may contribute to an environment that is hostile and unwelcoming for LGBTQIA+ individuals”.

Rights to express beliefs
“At the same time, we strongly affirm the rights of members of the UCT community to express their sincerely held views and beliefs. Universities in particular should be safe spaces in which differences of opinion can be asserted and debated – even when (and perhaps especially when) the consequences of these differences weigh so heavily on the wider society. In this case, we also take guidance from the Constitutional Court on the particular case of religious beliefs. A 1998 ruling held that ‘those persons who for reasons of religious belief disagree with or condemn homosexual conduct are free to hold and articulate such beliefs’. This is especially so when a religious belief is articulated in a way that is not intended to insult, harm or discriminate, and if there is no incitement to taking harmful action against others. On our reading, Ms Pae’s Facebook post was an expression of her sincerely held religious belief, rather than an intervention to insult or hurt those with whom she disagrees,” he says.

He says the issue of LGBTQIA+ rights is emotionally charged because “LGBTQIA+ communities have suffered inexcusable discrimination”.

He concludes his statement with an appeal to all members of the university to “talk honestly and robustly about our own positions, but also to listen with respect and sensitivity to the positions of others”.

Pae’s full statement, released today, in response to the Vice-Chancellor’s public statement and a letter to her, says: “I am pleased to report that the Vice-Chancellor of UCT has responded (at least in part) to my letter of Thursday, 23 July, informing him that I do not accept the SRC’s unconstitutional and irregular decision to expel me from the SRC and requesting him to review the SRC’s decision and set it aside.

“In his letter to me, the Vice-Chancellor states that he has requested the decision and basis for the decision from the SRC, and will obtain expert advice with regard to the validity of any such decision.

“QUEER REVOLUTION’S COMPLAINT DISMISSED
“The Vice-Chancellor’s letter also states that the University has dismissed the UCT Queer Revolution’s complaint against me, and their request for an investigation of my Facebook post that ‘we are institutionalizing and normalizing sin! May God have mercy on us’. According to the Vice-Chancellor, the decision was that “there is no basis for bringing a charge against [me] for [my] Facebook posting”.

“I have been advised by my legal representatives that the University’s decision is in keeping with the South African Constitution (which protects free speech and religious freedom as fundamental human rights), and for this I commend the UCT Leadership. I trust that the same considerations that informed the University’s decision to dismiss the UCT Queer Revolution’s baseless accusations against me, will inform their decision to review the SRC’s irregular decision and set it aside.

“CRIMINAL CHARGES & DISCIPLINARY ACTION
“The Vice-Chancellor’s letter concludes by saying that he has been ‘appalled by the reaction of many – including members of the University – to [my] Facebook posting, and in particular to the invasion and apparent vandalisation of [my] office, and harassment and intimidatory tactics.’ His letter invites me to inform him of specific statements or actions that I want the University to investigate with a view to disciplinary action.

“I am currently in the process of identifying the members who have conducted themselves criminally in terms of South African law, and breached the University’s Student Code and/or the SRC’s own Standing Rules and Orders. I will most certainly take up the Vice-Chancellor’s offer to press disciplinary charges, amongst other legal action that I have been advised to take to ensure my physical safety and protect my rights.”