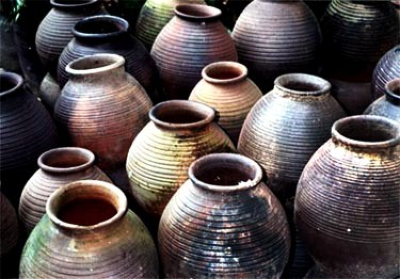 What started out in August 2011 as a prayer ministry to the long list of prostitutes advertising in the local East London newspaper, has grown to something much bigger and now Alabaster Jars has a variety of functions to help women out of prostitution.

The primary aim of the ministry of First City Baptist Church in East London is to help the women find a new life through Jesus Christ, said Surina (not her real name). The names of volunteers are kept confidential due to the nature of the ministry and the threat of interference from pimps and druglords.

“It is our aim to introduce them to Jesus as Saviour, make disciples, integrate them into the church and help them to find exit strategies and sustainable employment.”

Gratitude of redeemed prostitute
The name Alabaster Jars comes from the story in Luke 7:36-50  and Mark 14:3 where a redeemed prostitute breaks her alabaster jar in an act of worship and gratitude and pours the ointment over Jesus feet and wipes them with her hair.

“It is noteworthy that she did not smash the jar, she just broke the seals on the jar. It is our prayer that, as we introduce the ladies to Jesus, they will be in a relationship with him that encourages them to break the seals on their lives and come before him in repentance and worship. We do not merely offer them a better life, but a completely new life in Jesus,” Surina said.

Explaining how the ministry began Surina said the group began phoning the cell numbers that were advertised, offering prayer and friendship.

“Most times we were politely received and were only sworn at once. We made one very solid, regular contact, but she declined to meet us in person.”

Then in February 2012 the group began to “walk the talk” in the streets of Quigney, the beachfront and the old caravan park near the Eastern Beach.

Warmly received
“We were surprised at how warmly we were received,” Surina said adding that they had now made contact with 70 young women.

“We drive the church bus to the park one afternoon a week and have a cell group with whoever is there, an average of eight to 10 ladies per week, and we give them something to eat and drink. Every time we visit the park, there are new ladies to talk to.

“Once a month, we host a lunch at church and have a fuller programme.”

“These regulars, who are trying to find an alternative to prostitution, are interviewed and we help them to find an exit strategy through sewing, crocheting, cleaning jobs, or crèche work. We also give discretionary food parcels as an interim measure.”

The reality, however, is that it is very hard for the women to get free.

“They are taken advantage of. For example, one proudly got herself a cleaning job. She had to clean the residence and the workplace of a man who paid her R50 a day, excluding bus fare and she only got paid at the end of the month, if she was lucky.”

“There is a great need for both. However, we do not have the financial capacity or the skills to proceed with speed.”

“We are very grateful for the help of social work interns from Fort Hare University as they do their practical work with us.”

Educating public and church
She said they regarded educating the public and the church as part of their purpose and accept invitations to speak at seminars and conferences.

“We have also tried to liaise with the police and other NGOs and government departments to try and assist the ladies to find other ways of earning a living.”

The group currently consists of about five team members as some have moved to other cities, where they are continuing to do the same type of ministry, Surina added.