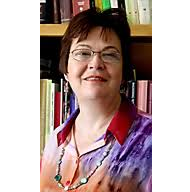 The second Anti Human Trafficking Conference in Port Elizabeth on August 31 will ‘raise the bar’ in equipping the Body of Christ to work together against the evil of human trafficking, said co-convenor Major Margaret Stafford.

Speakers at the conference at Fountain Vineyard Church are Professor Beatri Kruger (above), of the Department of  Criminal and Medical Law at the University of the Orange Free State, who will talk about the Prevention and Combating of Trafficking in Persons Bill and legal loopholes hindering the fight against trafficking; Errol Naidoo, Director of the Family Policy Institute and a leading parliamentary anti-trafficking lobsbyist; and Melanie Doucakis, a photojournalist and human rights documentary photographer who will share some real human tafficking stories and experiences that he has encountered.

Stafford, who  is national coordinator of the Salvation Army’s Anti-Human Trafficking desk, said that last year’s inaugural conference succeeded in raising awareness of the multi-disciplinary challenges faced in combating the multi billion dollar criminal industry of human trafficking. This year the goal is to move forward by consolidating on the greater level of awareness, she said.

While originally conceived to bring the Eastern Cape up to speed with other major centres in confronting this modern form of slavery, the conference, which brings expert speakers from different parts of SA together at one venue, will benefit anybody from any part of South Africa who is interested in tackling the problem, she said. The event will include open microphone times when delegates can ask questions and express views.

“We would love to see representatives of SAPS and more counsellors at the conference,” Stafford said.

Reflecting on the inaugural conference in September 2012, when delegates expressed the hope that the long-awaited law on human trafficking would be passed that year, she said it was frustrating that the legislation was still not enacted. The Bill was finally adopted by the National Council of Provinces in March, 2013 after it was before Parliament for six years. But it has incredibly still not passed the final hurdle — being signed into law by the President.

Stafford said she recently had an opportunity to personally urge ANC Deputy President, Cyril Ramaphosa to urge President Zuma to prioritise signing off the Bill.

Conference registration which includes lunch and teas is R50 per person. Further information is available from Margaret Stafford at 082 455 3664 or Dave Pederson at 083 651 4955. Friday, August 24 is the final date for registration.