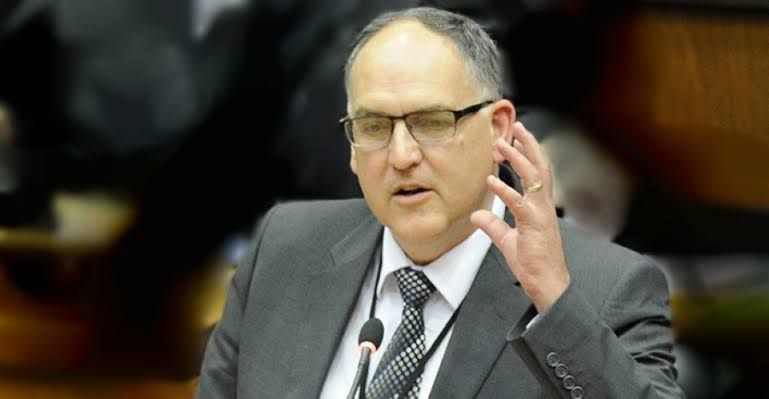 Since parliament’s adoption of the Civil Union Amendment Bill in July, newspapers have published opinions by legal professors, legal advocacy groups and religious organisations on its constitutionality.

I have been an MP for the past 21 years and was a member of the home affairs portfolio committee which processed the Civil Union Act in 2006. What I can say is that, although various aspects of the act were hotly debated in parliament, Section 6 (the “conscientious objection clause” which the bill seeks to repeal) was not. Although many parties, including the ACDP), voted against the bill, this clause was unanimously accepted.

Parliament deliberately chose to write in the “conscientious objection clause”.

It allows them to inform the Minister of Home Affairs in writing that they object, on the grounds of their conscience, religion and beliefs, to personally solemnising a civil union between people of the same sex.

The clause then prohibits the state from compelling that marriage officer to personally solemnise a civil union.

What was parliament thinking? Parliament did not make a mistake by choosing to specifically write in the “conscientious objection clause”. It was not some omission or oversight.

It was a very deliberate decision which parliament took precisely because of the Constitutional Court’s judgment legalising same-sex marriage in the case of Minister of Home Affairs v Fourie (“Fourie”).

In this judgment, the court gave parliament a year to write a law that allowed same-sex couples to get married.

The court also suggested that “the principle of reasonable accommodation could be applied by the state to ensure that civil marriage officers who had sincere religious objections to officiating at same-sex marriages would not themselves be obliged to do so if this resulted in a violation of their conscience” (paragraph 159 of Fourie).

In other words, the court told parliament that when it wrote the law, it should cater to the constitutional rights of state marriage officers whose religious beliefs do not allow them to personally solemnise same-sex unions.

It suggested to parliament that it could use the principle of reasonable accommodation ( the “conscientious objection clause”), but said that “if parliament wished to refine or replace the remedy” it had to do so “with another legal arrangement that met constitutional standards”(paragraph 159 of Fourie).

Parliament, therefore, took the deliberate and calculated decision to limit the state’s power and protect state marriage officers from being compelled to do something that would go against their conscience.

Through inserting the “conscientious objection clause”, parliament chose to expressly accommodate state marriage officers’ constitutional rights (to dignity, equality, religious freedom, freedom of expression and freedom of trade, occupation and profession), alongside the right of same-sex couples to be married.

The clause forces the state to “take positive measures and possibly incur additional hardship or expense to allow all people to participate and enjoy all their rights equally” (as per the Constitutional Court’s description of reasonable accommodation in MEC for Education: KwaZulu-Natal and Others v Pillay, paragraph 73).

In other words, the “conscientious objection clause” not only prohibits the state from trampling on its employees’ constitutional rights, but also forces it to carry the burden and the responsibility of coming up with practical solutions to ensure everyone, including state marriage officers and same-sex couples, are able to enjoy all their rights equally.

Various opinions have voiced that the “conscientious objection clause” is unconstitutional because it discriminates against same-sex couples. However, clearly the Constitutional Court itself would not have recommended an unconstitutional remedy.

The principle of reasonable accommodation (which is that of coming up with solutions, even if it means an extra cost has to be incurred, to allow all people to enjoy their constitutional rights equally) pervades our law and has never been held to be unconstitutional. On the contrary, it has been affirmed in many judgments.

The bill is unnecessary

This includes the Civil Union Act. The bill is, therefore, utterly unnecessary and a waste of taxpayer money.

The nill goes directly against the Concourt’s judgment. Not only does it remove the remedy proposed by the court, but it fails to “replace the remedy with another legal arrangement that (meets) constitutional standards”. For this reason alone, it is blatantly unconstitutional and the president should not sign it into law.

As a senior MP, I also find the bill extremely disturbing because it gives the state the power to ignore constitutional rights and to force someone to do something that goes directly against their conscience.

This sort of power is very dangerous and should be anathema in our constitutional democracy where we celebrate our diversity.

For this reason, the ACDP will shortly be lodging a petition with the president to not sign this bill, but rather refer it back to parliament for further review.