Sue Pietersen, 54, believes she was born for her job of leading a Christ-centered pregnancy crisis clinic.

It was not something she ever expected but as somebody who came into the world through a crisis pregnancy after her mother was raped, and who survived numerous attempts to abort her and her twin sister, she has walked a path that has equipped her to reach out with the love of Jesus to women in pain and conflict over unwanted pregnancies.

“It feels like God has taken all the broken pieces of my life and He has made something exquisite and beautiful out of it. And that’s why I love to share His story because only He can do that,” Sue says.

She says her mother, Jean and adopted father, Dennis tried to shield their daughters from knowing the circumstances of their birth but over the years God gently brought the truth into the open, puzzle piece by puzzle piece.

Final piece of puzzle
Just over two years ago, in December 2015 her mother told her and her twin sister Linda that their birth was as a result of rape. The occasion of this revelation was a family reunion to celebrate the 50th wedding anniversary of her mother and her adoptive father, who in fact had died shortly before the celebration.

For Sue the rape disclosure was the final piece of the puzzle which at last explained why her grandmother had repeatedly tried to abort her and her sister. She says her brother finally stopped her grandmother’s abortion attempts, warning that she was more likely to kill her daughter than terminate her pregnancy.

The family decided that the baby would be adopted but this was not to be — because not one but two baby girls were born very prematurely and had to go into incubators. And so it was decided that Jean would keep her babies and live with her parents.

“Two years later my adoptive dad fell in love with all three of us and married mom and adopted Linda and I,” said Sue.

Recalling her childhood in Durban, she says her father was a hard-working railways employee. Her parents were godly churchgoers who introduced their daughters to church life, in contrast to typical neighbourhood households where alcohol and drug abuse was widespread and children were neglected and abused.

Sexually abused
“We were 13 years old, being sexually abused by a neighbourhood gang and I remembered being so desperate that I couldn’t protect my sister, I threw myself in front of an oncoming car,” Sue says.

The driver of the car managed to avoid running Sue over, and took her home.

Sue continues: “A few weeks later at youth group, a visiting preacher from Tulsa, Oklahoma told us how Jesus was raised from the dead and what that meant and I knew if Jesus had that much power he could save my twin and I, and I responded. That day, I confronted the leader of the gang and the abuse stopped immediately.

“Later that year I was told by the gang leader that we [Sue and Linda] were adopted and our biological father had been murdered. My mother had lived in fear having seen her rapist in the area and on reading the news report of his murder had confided in the gang leader’s mother.

“My mother was devastated that I’d been told. She and our adoptive dad had wanted to protect us. I loved my adoptive father even more but my sister struggled with the news.”

New direction
Sue’s decision, aged 13, to call on Jesus for help, radically changed the direction of her life. Her sister Linda has not accepted Christ but Sue continues to hope that she will.

Sue met her future husband, Tony Pietersen, when she was in high school in Durban. He came to know Jesus while she was away in the army for a year after she matriculated. Both she and her sister got married around Easter time in 1982.

Sue continues: “I’d wrestled with depression and thoughts of death and suicide most of my life and wanted to find healing before I became a mother so I went for prayer.

“During the ministry time there was a picture of a baby in an incubator, alone, crying with no one to hold it or take it home. I didn’t know the circumstances of my birth but received the healing picture of Jesus picking me up and holding me and telling me I’m His and He loves me.

“After our second child was born my parents visited and I asked my mom about our birth. She explained it had been terribly traumatic. She had fallen down the stairs seven months pregnant and went into early labour. My twin and I were born holding hands — Linda feet first and me head first. I was pulled out first and rushed away while they saved my twin sister. The picture made sense.

Prophetic prayers
“Some years later Kerry Southey [a prophetess] visited our school [a church school in Johannesburg where Tony was principal and Sue was a teacher] and prayed prophetic prayers over my husband and I. And in her prayer she saw Death coming to attack me many times even before I was born and in safe places.

“During a visit with my mom I asked her if anything had happened before I was born. She was upset and asked me who was this lady and how did she know about us before we were born? I explained that God cared about us and wanted us to be healed.

“She told me that our father did not want anything to do with a baby and that my grandparents were not in a position to support her. Many abortion attempts by my gran followed that almost cost my mother her life.”

Sue says her mother experienced healing through bringing hurtful past secrets into the open, and she came to have a living relationship with Christ.

In 2005 Sue was once again confronted with a crisis pregnancy of somebody close to her. By then she and Tony were living in Port Elizabeth and she decided to attend a counselling course at a pregnancy crisis centre in Central called Alternatives to equip her to help.

“But I never thought I would do any counselling or lead the team. Because of my past and personal circumstances I thought I wouldn’t be in position to do any good. 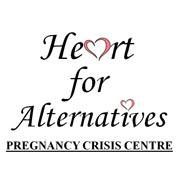 “God just proved me absolutely wrong and with His gentleness and kindness He showed me that with Him I can,” says Sue who indeed began to counsel, stepped in temporarily to help run the centre which amalgamated with a relating centre located at Joy to the Nations church in Walmer, and ended up leading it. Her role includes training counsellors.

“I’ve sat in front of many young and older women and listened to their stories and because I’ve experienced firsthand some of the pain and crises myself I understand the pain and the conflict of many of the women,” she says.

Sue says the centre serves the greater Walmer area where there is a great need. It also gets called to counsel at schools, at the NMMU campus and to co-counsel at churches.

“We call ourselves friendly strangers, we are completely non judgmental, love with Christ’s love, give facts to women [facing crisis pregnancies] so they can take responsibility for their choices,” she says.

Some women have changed their mind about aborting and looked at other options, as a result of counselling, she says.

“I know I was born to lead the team at Heart for Alternatives and to train others to care and counsel women facing a crisis pregnancy. I am living proof of God’s plans and purposes being greater and for good,” she says.

Anybody who is interested in learning more about the work of the centre may contact Sue at   mercyministries@jttn.co.za or call Heart at 071 9970147. Visit the Heart for Alternatives Pregnancy Crisis Clinic Facebook page at https://www.facebook.com/Heart-for-Alternatives-Pregnancy-Crisis-Centre-328345764039569/?ref=br_rs