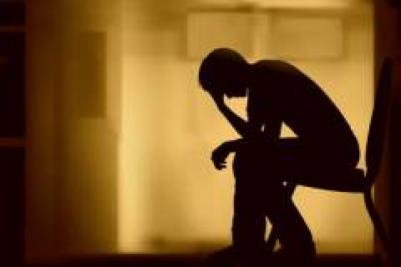 [notice]Male rape has, for a long time, been almost completely unacknowledged, rarely reported and often scorned. How, after all, can a man possibly be raped? In the third article in a 4-part series, DIANNE STEVEN focuses on the physical, emotional and spiritual consequences of male rape, and the road to healing.[/notice]

Statistics suggest that male rape victims hardly ever seek help from police or society. The shame they feel at being overpowered causes them to ‘bottle up’ and suffer in isolation, which further aggravates the problem.

No matter whether the male victim is heterosexual, bisexual, or homosexual, rape can be extremely traumatic and difficult to work through.

The following testimonies highlight the long struggles faced by some male rape victims:

Body, soul and spirit are affected by rape and violence. Male rape – in fact any sort of rape – is a physically and psychologically damaging evil act that can cause incalculable damage.

Richie J McMullen, author of Male Rape: ‘Breaking the Silence on the Last Taboo’, encourages seeking immediate medical attention whether or not the incident is reported to police. Sometimes injuries that seem minor at first can get worse. Survivors may contract a sexually transmitted disease during the sexual assault, without suffering immediate symptoms.

General psychological and emotional reactions
As with female survivors, case research suggests that male survivors deny their victimisation. Reasons for this include: a lack of information to define their experience as rape; a sense that they will be disbelieved, a fear of reprisal by the perpetrator/s, an unwillingness to think of themselves as rape survivors and fearing all the potential changes that may ensue, and resentment that the perpetrator/s had the power to take control of their lives.

A major problem facing male victims is a sense of vulnerability, damaged self-image and ‘loss of manhood’. Male survivors are disturbed by the notion that they could not protect themselves and were somehow conquered, even if there were many attackers.

The experience of a rape may affect heterosexual and homosexual men differently. Heterosexual men often begin to question their sexual identity and are more disturbed by the sexual aspect of the assault than the violence involved (Brochman, 1991). Heterosexual males may begin to think that the sexual assault makes them gay or that they will eventually turn homosexual, and they may feel the need to withdraw from a sexual relationship with their spouse for some time.

Common reactions to rape include: denial and guilt; shame and humiliation; fear and a feeling of self-blame; loss of control; loss of self-respect; flashbacks; anger and anxiety; guilt; retaliation fantasies sometimes shocking the survivor with their graphic violence; nervous or compulsive behavior; depression and mood swings; emotional distancing and withdrawal from relationships; changes in sexual activity; suicidal feelings; and ‘Rape-Related Post-traumatic Stress Disorder’.

Male rape victims not only have to confront unsympathetic attitudes if they choose to press charges, they also often hear unsupportive statements from their friends, family and acquaintances (Brochman, 1991).

Incest or rape is often the root cause of eating disorders, and addictions.

Spiritual consequences
The spiritual effects of sexual abuse vary. Rape victims may have difficulties with prayer and with imagining God as a loving father; they may feel that their relationship with God has been disrupted. Feeling abandoned by God is a common reaction, and has indeed contributed to some people leaving the Church. But although, survivors of sexual abuse often opt to leave the Church, the experience of abuse may also lead to greater spiritual involvement later, once healed, such as in ministry to other victims.

Some survivors of abuse may have difficulties with spiritual direction, since it involves intimate conversations in which they must entrust another person with insights into the workings of their soul. Such mistrust will especially apply if the abuser was a church leader.

If we try to erase our past, and try to hide our wounds out of fear and shame, our inner darkness can not be illuminated (set free) nor can it become a light for others. Whatever is denied cannot be healed. We need to open up, be transparent and get it out.

When we forgive we become like other ‘wounded healers’. We must live as men & women who have been forgiven and who are forgiving! But how do we get that power and strength and courage to forgive? There is only one place to go – Calvary!

Stand there and watch Jesus bleeding and dying on the cross – watch as He dies alone, naked and in disgrace, yet an innocent victim – watch as He breathes forgiveness to His torturers at a time when they were totally merciless and cruel – when you look at Jesus as your example on that lonely hill outside Jerusalem you will experience His healing power! Jesus cried out on the cross: “Father, forgive them, for they do not know what they do.” (Luke 23:34)

Testimony of healing
In March 2012, a 22-year-old rape survivor, who is not a Christian, but put Biblical principles into practice, said: “The moment you make peace with your true self and open up and acknowledge what happened to you, you can heal.”

He shared his story on a rape crisis blog: “The Cape Flats suburb of Grassy Park was calm and quiet. I wasn’t observant as I opened the front door. The guy came behind me and pushed me into my home with a knife to my back. I panicked and was paralyzed with fear. He made me undress. I remember the pain and the grinding of my teeth as my face was pushed down into a pillow. I remember the hardness in his voice and the way he kept on saying “you deserve it”. I thought he was going to kill me”. “All I could do was hope that I’d survive it”.

He has since made a remarkable recovery following a long journey of healing. He said that “while the perpetrator has not been caught there is not a day that goes by where he does not wish to look him in the eyes and say, “I forgive you”. “Being raped didn’t define me as a person. I did two courses and that helped me to pull through knowing I was not alone. For a while I often felt sad, angry and depressed, in fear of going anywhere. But that feeling didn’t last forever. My support structure was phenomenal. I had friends and family that today I can express my gratitude to for being a part of my life during that journey. I look back and realize that I’m in a good space in my life right now, growing and finding myself. I am no longer a prisoner of my past”.

This rape victim was healed and could forgive because of his openness and honesty and willingness to seek help, counsel and a support structure where he could release his internal bitterness, anger and unforgiveness. He did not harbour his pain inside and walk in isolation. Another important thing to do is to prayerfully break all soul ties that will have formed during the rape.

A rape survivor is usually well-advised to consult with a rape crisis centre or someone knowledgeable in this area rather than relying on general counseling resources. Victims should contact their local rape crisis programme even if services are not expressly advertised for male rape survivors.