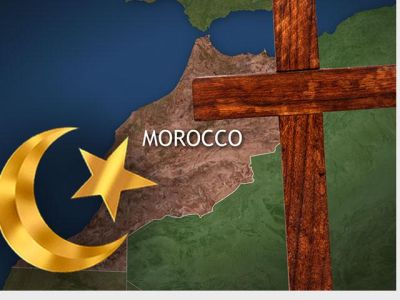 This week over 250 Muslim leaders met in Morocco to release the Marrakesh Declaration, a groundbreaking document calling for Muslim nations to defend Christians against persecution.

Open Doors reported that violent Islamic extremism will be the “lead generator of persecution for 35 out of 50 nations” on the 2016 World Watch List, and that Christian persecution in Muslim nations “has risen to a level akin to ethnic cleansing.”

To combat the increased violence towards Christians in Muslim countries, Texas mega-church pastor Bob Roberts has been forming strategic relationships with Muslim leaders.

His efforts led to nearly 200 imams and evangelical pastors attending the October “Spreading the Peace Convocation,” hosted by he and Imam Muhammad Magid.

This week, Roberts took his peace efforts further by traveling to Morocco with over 250 Muslim religious leaders, scholars, and heads of states to release the Marrakesh Declaration. The declaration is a 750 word document calling on Muslim countries to grant religious freedom to non-Muslims.

In an interview with Christianity Today, Roberts said he is “blown away” at the success of the Morocco summit. “This is a Muslim conference put together by the top sheiks, ministers of religion, the grand muftis of the top Muslim majority nations, and they came up with a declaration, literally using the language of religious freedom to declare that violence cannot be done in the name of Islam.”

The Marrakesh Declaration is based off of Muhammad’s Charter of Medina, a seventh century document instructing how to govern a religious pluralistic state.

The declaration borrows ideas from the charter like “principles of constitutional contractual citizenship” and “freedom of movement, property ownership, mutual solidarity and defense, as well as principles of justice and equality before the law.”

The declaration is meant to challenge Muslim leaders to actively fight against extremism in their own countries.

“We call upon the various religious groups bound by the same national fabric to address their mutual state of selective amnesia that blocks memories of centuries of joint and shared living on the same land,” it says. “We call upon them to rebuild the past by reviving this tradition of conviviality, and restoring our shared trust that has been eroded by extremists using acts of terror and aggression.”

However, the declaration does not grant religious liberty protection to non-Muslims against blasphemy or apostasy — crimes that notoriously lead to death penalties for Christians.