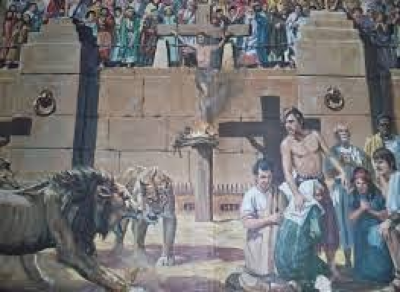 [notice]Personal reflections  by Luke Hulley, an elder in a local church in Cape Town.[/notice]

Historically, Christianity has always faced persecution somewhere in the world. I grew up in the protestant church and the persecution stories were a part of the culture. We would hear of Christians persecuted in far-flung communist or Muslim nations and we would find inspiration and courage from our Christian brethren there. In my family we loved to read the autobiographies of brave Christian missionaries called by God to work in hot, sticky jungles somewhere with people-eating tribes greeting them on the river banks, bow and arrow in hand. Of course we need look no further than our own sacred Bible to find these persecution stories. The colourful history of the first generation Christians is recorded in the book of Acts complete with coliseums stocked with Christian-eating beasts, violent mobbings, religious stonings and all manner of cruel maltreatment. Indeed the whole book seems to tell the tale of Christians on the run.

Jesus was the first Christian martyr and he left us with the rather foreboding promise that “a student is not above his master, if they have hated me they will hate you also”. It is because of these words, and many like them, that those of the Protestant persuasion have a rather complex attitude toward the notion of persecution. It is perceived as a very noble and normal fate for the devout Christ follower. So much so that times of peace are regarded with a cautious scepticism. I grew up hearing that God will use persecution, if needs be, to refine his church and wake her up from a compromising state of apostasy and lethargy. These warnings were soberly received by us but not without a tremor of excitement attending them. Maybe it was just me but the thought of staring into the face of death one day and declaring (with Luther), ”Here I stand, I can do no other, so help me God” always produced a twinge of excitement in me.

Somehow I guess I just never foresaw it happening in South Africa. Surely not here? I always imagined it happening far away in some exotic land as I proclaimed the gospel of Christ , you know? In one of those unreached places where no Christian has dared to venture before. But South Africa? The thought scarcely crossed my mind! Imagine my surprise then when the stark reality of 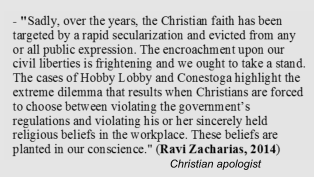 our situation finally sank in. Right here in the good ol’ Republic of South Africa my church was hauled in front of the Human Rights Commission for preaching a basic Bible truth which is as familiar to me as the frayed edges of my trusty NIV – ”Spare the rod and spoil the child.”

Wave of prosecution
The revelation has left me reeling. If it had only been an isolated incident then I could possibly surpress the nagging fears that have suddenly sprung into my mind but it is not. This whole spanking debacle has dragged us into the very centre of the legal fray that is underway in our beautiful country. It turns out that there is quite a trail of destruction left in the wake of a very proactive secular humanistic agenda and they are just getting started… From Christian schools shut down, to a Christian bed and breakfast under fire, and us as a church facing prosecution, it seems that lobby groups are searching out soft targets to refer to the South African Human Rights Commission for prosecution by laws that are interpreted in wildly different ways. [For a list of legal battles being waged against Christians in South Africa over issues of conscience, visit this link – https://gatewaynews.co.za/if-not-us-then-who-if-not-now-then-when/] 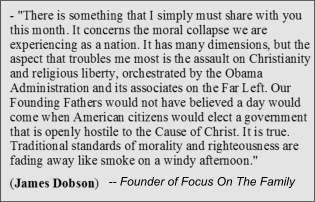 No amount of sermonising could have prepared me fully for the grim reality that I suddenly face now as a pastor and newly-wed husband. I potentially face the double threat of prosecution: firstly, as a father, if the “spanking bill” passes as it stands now I will not be able to raise my future children as I myself was raised without threat of having my children removed! Secondly, as a pastor, if laws are interpreted differently to how they have been in the past (as they are being) and the new bill which is in the pipeline regarding the definition of hate-speech is passed in its current state, I may face the threat of legal prosecution for preaching on issues defined by my Bible as sinful. Even the fundamental teachings of scripture regarding the sanctity of the family unit may soon be illegal. [For a brilliant summary of the developments in the legislation of SA which could potentially threaten our religious freedoms see this link – https://gatewaynews.co.za/acdp-sounds-alarm-as-threat-to-freedom-of-religion-escalates-in-sa/ ]

Seems to have come so suddenly!
It all seems to have come so suddenly! It has taken me some time to process the implications of all these developments in my country. I have experienced the full range of emotions that accompany any trauma – stunned disbelief, denial, sadness and anger. It has given me pause to reflect on how sincerely I hold my beliefs about persecution for the gospel of

Christ. Am I willing to risk it all for the Biblical truth that I love so dearly? I hope so.

Of course while the turning tide against religious freedom in South Africa is a huge shock for me, if I had been more privy to the global context that we are in, it would have been far less shocking. I have subsequently learned that the pressure to remove religion from the public arena is not internally so much as externally motivated. While the complaints against Christian institutions are being lodged and championed by individuals and lobby groups from within South Africa, the political and legislative teeth are in the international body of the UN Human Rights Commission which has national branches. So, for example, my church is being prosecuted for violating human rights regarding children (where spanking is equated with abuse) when all the while, spanking is still legal in South Africa! Very strange. It turns out that this is not a situation unique to South Africa. The Christians in the USA have suffered far greater and far longer at the hands of Human Rights lawyers than South Africans can even begin to understand. [For more details about specific examples of this refer to this blog of a Fox News reporter – http://www.charismanews.com/opinion/43759-can-god-bless-a-godless-america]

This is also hugely surprising to me. The Land of the Free and the Brave, the country that was founded by religious exiles escaping

the barbarities being perpetrated in Europe through the oppression of religious and civil authorities. Could it really be that in a nation whose constitution was scripted by a raggedy crew of religious pilgrims who endeavoured so hard to enshrine the freedom of its citizens in every pen-stroke could now be leading the way in religious persecution the world over? How did that happen? The irony!

In response to the mounting wave of legal pressure on Christian institutions it has been perplexing for me to witness the very mixed reactions of my Christian brethren. Partly because of the long running history of persecution within the Christian community that I have described, many Christians are absolutely at a loss as to how they should respond to this new threat to our faith. Some responses have been very normal, the kind of surprised and bewildered responses you would expect from people who have just noticed a large gloomy cloud suddenly appearing in what had been a lovely blue sky. But apart from those that are simply stunned temporarily into inaction there are the ostriches that choose to bury their heads in the sand and stubbornly refuse to believe that there is any threat at all. They will wait until the threat comes to their door before they wake up. Then there are those that feel that this persecution is real but inevitable and that we as believers should brace ourselves for the worst and suffer meekly and nobly, whatever our fate may be. They believe that the Christians who mount any kind of legal defence are not responding in the spirit that Christ did. Finally, and in my view most scandalous, are those churches who have sided with the secular agenda to squash Christian ethics from the public arena.

Example of Paul
Here is the thing though. We Christians should not let the novelty of our situation over-awe us into acting foolishly. Rather, we should take a page from a veteran Christian campaigner – the apostle Paul. When he was put in stocks and was about to be beaten for preaching the gospel, did he just resign himself to his fate and submit to the inevitable? No, he did not. He made use of the legislative powers available to him, he reminded the jailer that he was a Roman citizen and that, as such, he was entitled to certain

rights and privileges. He was not asking for more than any other citizen would, but he certainly was not going to meekly suffer a beating for the sake of being a Christian victim.

My hope is that the fate of the American Christians will mobilize the religious majority in SA. It may very well be that all our prayers for peace and our concerted political and legal defences come to nought. We may go the way of many followers of Christ before us and if that be the case, I will face that future stoicly and unapologetically. Until such a time though, may we not resign ourselves to a fate which has not yet been determined by God or by any legislative body in our country. If we must enter a time of persecution, I hope that we do not enter it glibly but prayerfully, having exhausted every defence at our disposal. I am hoping that the church in South Africa will heed the words of well respected Christian leaders, for if developments are allowed to follow their natural progression here in SA, they will follow the well worn path into legislative discrimination against religious freedoms that has been the result in too many Western civilisations already.