Recently the Recording Room Prophetic Circle held an event in Stellenbosch called Church 2060 where a group of leading South Africa prophets and seers gathered to share their insights and revelations of what the Church in Cape Town will look like in 40 years’ time.

Gateway News conducted the following Q&A interview with André Baard, the convener of the Recording Room, to find out more about this future-focused initiative.

GWN: What is the Recording Room?

AB: The Recording Room is a group of friends from across the Church in Cape Town that are called in the prophetic. It is not an organisation and functions more like a guild for prophets than a ministry. It is not a closed group but grows through relationship in an organic way. We have been building relationships intentionally with one another and more broadly since 2014. As trust has been building over the years, we are finding increased cooperation within each other’s spheres and Church2060 was one such collaboration where guest prophets could mingle and learn from one another. You can see more about us at www.recordingroom.co.za

GWN: What inspired you to host a convocation on the Cape Town church of the future?

AB: The Church is both universal and local and we find in the epistles and especially in Rev 2-3 that Jesus addresses his bride “To the angel of the Church in Ephesus”,etc. The local church in a city was one church (not churches in Ephesus) and we know each city church had unique callings, strengths and weaknesses. Calling together prophets and watchman in Cape Town to see God’s future here specifically, makes sound biblical sense. There are truths for the Church universal but there are also specific truths for every church in every city. Why 2060? What is the word to the next generation? When we see the future, we can change course now, we can better prepare now, so that we are positioned well to serve our generation and subsequent generations in the decades ahead.

GWN: Who did you invite to participate in this event — and why did you choose them?

AB: We invited seasoned prophets from diverse traditions in Cape Town and we had two guest prophets from Durban. The primary purpose was not the content that was shared, although excellent, but to create the opportunity to build strong bridges between diverse ministers and to find the oneness Christ died for us to enjoy.

GWN: Apparently the prophets shared their presentations in a “midrashic format”. Please explain.

AB: We found there is a need not to do another conference-style prophetic event. Often speakers hide behind the mic and there is no opportunity for questions and commentary. We borrowed the terms “Midrash” from the Jewish rabbinical tradition of having lively and robust questioning and debate around the meaning of Scripture. A “prophetic midrashic format” is a similar format to a scriptural Midrash, where there is lively weighing of prophetic utterance so that only refined gold is delivered by consensus. This is the second attempt at convening this way and we feel it has great potential. The Church has too much prophetic noise. We hope this format will help reduce the noise.

GWN: What were some of the main themes to emerge from the presenters? And were there any common threads?

AB: Although about 12 common themes emerged, here are six that need mentioning. Summaries of the other themes and the full presentations are available on www.recordingroom.co.za.

1. Southern Tip of Africa Fire Prophecy promise (www.stafp.com)
If Jesus rends the heavens and comes down in an often repeated prophesy of a fiery revival, perhaps something like happened in the Hebrides Islands in Scotland in the late 1940s, it will reset the spiritual climate in the Church in Cape Town for decades. Cape Town will be like Obed Edom when the ark rested.

2. Intimacy
Reclining on the Lord (John 13:23). Strong emphasis was placed on the Church in Cape Town taking the same posture as John the Beloved, who knowing his identity as “the Beloved” boldly leaned back on Jesus. If the Church loses intimacy, we lose identity. If we lose who we are, we become susceptible to counterfeit identities of the enemy. Can salt lose its saltiness? From this place of intimacy, we become resilient to the drawing away of the world for the decades ahead.

Too many imported programmes keep the Church immature … they keep them in the prams of endless programmes that do not mature passive believers. The Church needs to declutter and cut back on so many programmes. Programmes have substituted spiritual reality and hindered a Body in direct connection with its Head.

4. Six Wars of Identity (Col 3:11, Gal 3:28, John 1:17)
The outcome of the Six Wars of Identity will determine the condition of the Church in the next generation. Natural identities of the old man regarding race, class, sex, culture, religious rituals and law-grace need to be displaced with the reality of the born-again, second-birth man. White is nothing. Black is nothing. Living from the new creation life is what matters. How the Church fares in these conflicts within the Church will be telling for the condition of Cape Town outside the Church.

5. Licentiousness and legalism
The next generation will wrestle with Judian (of Jude) licentiousness … and legalism. Although many will fall to the left and right of the pure and simple Gospel, there will be a faithful remnant full of grace, truth and power. The liberal left will be tainted by the toxic duo of Ahab and Jezebel, fuelled by a progressive interpretation of God’s Word, sexual immorality will be rife and weak leadership will habitually focus on the goodness of God separated out from His holiness. The rigid right will be led by the legalistic neo-Sanhedrin, building their own empires through a spirit of control with a focus on the law.

6. Citywide church unity
Congregations in the city must begin to reach out to one another … not just tolerate one another but celebrate one another, even champion one another. If one part of the body is sick, the whole body is sick. We need to be like Joseph’s vine, reaching over the wall to meet our brother churches. We are one family in Christ. We are 12 spiritual tribes in Christ, the New-Jacob. An increasingly hostile environment for Christians will encourage leaders to co-operate across the city. Unity and oneness efforts are going to become non-negotiable by the Lord; no more isolated congregations doing their own thing.

GWN: Were you surprised by anything that was shared — or not shared?

AB: Yes, very little to no discussion occurred on how to survive future persecution practically, such as alternative forms of currency, etc. There was also surprisingly little discussion on new/ better church models. I guess these things are not heavy on the Lord’s heart for us. He is way more interested in the inward state of our heart towards Him than in alternative forms of currency. 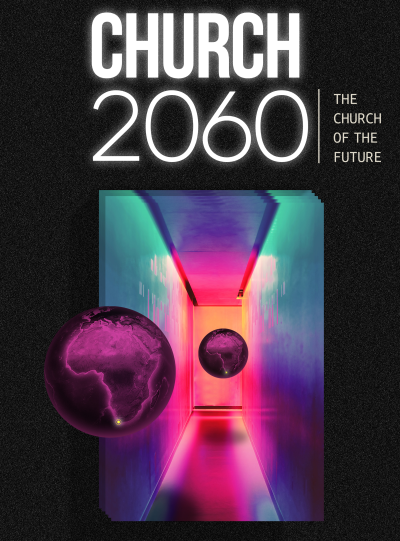 GWN: Where to from here?

AB: This is part of an ongoing new thing the Lord is doing to build one voice among His prophets. We need to continue to labour in this and keep building bridges: prophets with prophets, fathers to fathers, etc. Being forewarned is being forearmed. A prudent person foresees danger and takes precautions. The simpleton goes blindly on and suffers the consequences. — Prov 22:3

The value of the prophetic insights shared is not only the content but very importantly, “What is the emphasis?” There are many forms of preparation the Church can involve itself with, but He who has ears, let him hear what the Spirit is saying to the churches in this nation – intimacy first, first love first.

Leaders need to create space for the flock to lie down by quiet waters; be less busy, be more set on the desire of the Lord than attendance to our programmes. Look for growth in the heart, in love for the Lord, not outward things.

A passive, apathetic approach to unity/oneness no longer cuts it with the Lord. You need to reach out to your neighbouring congregation, as though you were one. Cooperate, collaborate, love. Begin now, while it is easier to do. Relationships take time because to build trust takes time. Begin investing in a multigenerational vision. Work with neighbouring tribes.

Truth is not quickly absorbed and so we foresee the need to host similar midrashic gatherings to firstly, build relationships and secondly, to learn from one another. And the Lord is building His Church, one living stone at a time!