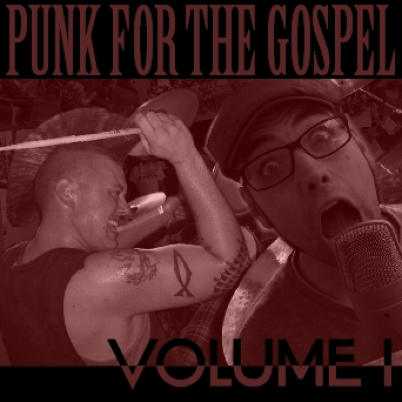 South African part-time Christian punk rockers, Old Timers, who were surprised when their just-for-fun debut album Soli Deo Gloria met a good reception on US punk radio stations are featured in a new compilation album with contributions by no less than 42 Christian punk bands.

In an article in The Hard Music Magazine, Rob Shameless writes: Thumper Punk Records and Caustic Fallout are pleased to announce the release of the “Punk for The Gospel Benefit Compilation”, a two volume compilation featuring songs donated by 42 bands to raise money to support the work of foreign Missionaries from within the Christian punk community. Missionary families that will be supported by this compilation are those of Dave Emmerson of The Old-timers and Aaron “Liberty” Wells of True Liberty.

Of the 42 songs, there are 19 new or previously unreleased songs, including the first song released by The Deal in 8 years, a live recording of an unreleased song from Call to Glory, and new recordings by False Idle and The WAY, among many others.

Volumes 1 and 2 are available for purchase in CD format from the Thumper Punk Records webstore (http://thumperpunkrecords.storenvy.com), and digital versions are available through iTunes, AmazonMP3 and the usual suspects.  All praise and glory to Him.