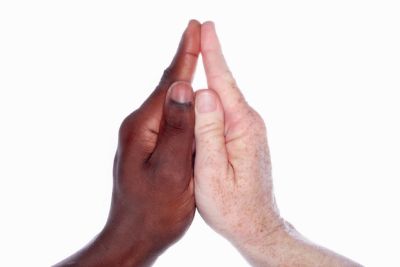 [notice]In recognition of Youth Day today, we publish this moving testimony which appears at the end of a 40-days prayer guide for reconciliation — May 7 to June 15 2016. Next week we will publish news about today’s and last Saturday’s events in Soweto to mark the 40th anniversary of the June 16 1976 student uprising there. [/notice]

I would like to share my testimony of faith and love and mercy and above all; God’s faithfulness. I grew up in the old apartheid regime and as children we heard the grownups talking about it and did not realise that their anger was also rubbing off on us.

All around us things were set up to separate us, public toilets, restaurants, churches, etc. We were used to; “you in your corner and I in mine”. There were times that I felt something was amiss, but did not dwell on it too much. Satan wants us to hate each other, so he found ample opportunity to feed our feelings of discomfort with each other to such an extent, that it became hate. I did not know or understand, that satan was our enemy and not each other. What I also did not realise then, was that I needed someone or something to hate and to vent my anger on, anger that started when I was four years old and I was molested by day care personnel at an orphanage.

More testimonies from the prayer guide

TESTIMONY: To celebrate the “other”

TESTIMONY: God’s grace in the midst of great darkness

Growing hatred and anger
All through high school this anger and hatred grew. All I knew was that I did not want to mix with any other cultural group. I had no desire to talk to them, work with them or above all, go to church with them!! So the AWB sounded like the perfect group to join and support! We did join them and were proud of it. Later on I also became part of the White Israelites. They believe that the white South African and European people, are the direct descendants of Abraham and that they must stay a pure nation, that they alone have been sought out to serve God and they alone will go to heaven one day. They also believe that they must stay separate, work separate and use the government to their own advantage, that all other cultural groups were made to serve them, and that the other culture groups will not go to heaven. We were indoctrinated to hate black people by various methods – one of them being films that depicted black people killing white people. There was so much anger inside of me, that I almost assaulted a drunk, black man at a café, he was rude to me and I could not stand it!! I hated black people.

We knew the Word very well, able to beat anyone in a debate about why we were the chosen Israelites. After a while we became disillusioned by the way other people in the White Israelites conducted themselves. During that time, I really sought to know God and He gave me the following Scripture: Joh 16:13 However, when He, the Spirit of Truth, has come, He will guide you into all truth. For He shall not speak of Himself, but whatever He hears, He shall speak. And He will announce to you things to come. Shortly after that we broke away from the White Israelites and moved to another town.

Desperately looking for answers
In this new town a friend invited me to a Prayer Group for ladies. When I met the leader of the group, I challenged her with my questions and beliefs and my hurt and cynicism. I was desperately looking for answers, but was also afraid. We had a prayer meeting with our workers present as well. I nearly did not go. But God was drawing me. I went and it was an amazing experience. I enjoyed it, but did not want to acknowledge it, afraid that I might be imagining things, that I might be wrong and would suffer for it, that God might punish me for mixing with them. But, it did not happen, so I felt bolder, more relax. I became an active member of the Prayer Group. The Lord took me by my hand and slowly started showing me His love for all people and also His deep love for me! Those ladies at the Prayer Group demonstrated the love of Christ to me. I went through a lot of counselling sessions and God totally set me free from all pain, fear, distrust, racism and pride.

I have repented of my sins before God and today I am involved in a Mission Group that focuses on inner healing and counselling. We have done short term missions to Swaziland, Mozambique and Uganda. Today I have such a love for all people, black and white! I understand that we serve a God that is so diverse, so great, so wonderful, and so different from what I have always thought. I am giving Him ALL the glory for the change that took place in me. Thank you Father God. AMEN.