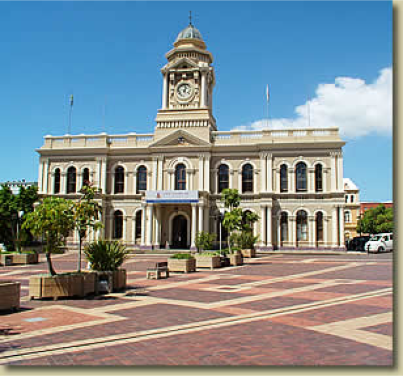 While ongoing political division in Nelson Mandela Bay has paralysed service delivery and sparked unrest, church leaders in the city have been working and praying together in a united bid to help resolve the crisis. One of the church leaders, Pastor Patrick Douglas-Henry, Regional Leader of the AFM in the Eastern Cape, shares an “inside” perspective on the church involvement.[/notice]

The Nelson Mandela Bay Metro has a very special, close communion of friends who happen to be the leaders of the major denominations of the church in the city. Over several years friendships and trust has built up in fellowship and prayer.  This has led to the church standing up and making its voice heard in the current crisis that is paralysing the functioning of the city. Our Executive Mayor Mr Zanoxolo Wayile and The ANC Regional Chairman Mr Nceba Faku have been at loggerheads about the running of the city. This has been well publicised in the press. Serious division in the City Council has ensued and The ANC has been unable to appoint a permanent Municipal Manager as well as several executive heads of major municipal departments. This paralysis has built up intense frustration in many parts of the city with service delivery being seriously hampered. Some protest actions have turned violent and destruction of property has ensued: over several months a police station and a municipal councillor’s office were burnt down, various people were injured and some lives were lost.

The open letter was published in the media, and led to a public question and answer meeting at the Feathermarket Centre organised by The Eastern Province Herald. The meeting was attended by Mr Faku and Mr Wayile and a full hall of NMBM residents. A panel of four leaders raised issues. Panel members were Mlibo Qoboshiyane, MEC of Local Government and Traditional Affairs;  Mandla Madwara, President of Nelson Mandla Bay Chamber of Business; Port Elizabeth Ratepayers Association chairperson Kobus Gerber; and Bishop Ka Siboto who was nominated to speak clearly on behalf of the church. The gist of his message was that in a spirit of humility before the Lord, the church found the current serious situation unacceptable and offered to mediate in order to help resolve the crisis. Bishop Ka Siboto challenged the city to follow the Word of God in Nehemiah and get in unity to build the city. As a follow-up to this meeting the Church Leaders met on August 28 and decided to make use of a clause in the NMBM council rules which allows organisations to make a 10 minutes representation before the NMB Council. This was donE at the NMBM Council meeting on August 29, with Bishop Ka Siboto once again requested to be the spokesman.

The church leaders had decided to be proactive about the ANC division in the city. Bishop Ka Siboto was therefore asked to remind the City leaders of their God given duty as stated in Rom 13:1-7. They were told that each one of them has a duty before God, and that in humility before God they are responsible and accountable to the people of the Metro, the rest of the council, and the country, but most of all to God Almighty. Bishop Ka Siboto delivered the challenge, and also shared that the situation in the metro was completely unacceptable. He said that those who were in government could not govern if there is interference in the running of the city.

He also said that our responsibility is to the people on the ground who are hurting. The governance of the city is about the people and when people are suffering we can never be quiet, he said. He made a call for commitment to peace and stability. He did this in front of a strong contingent of pastors and bishops from the City who were there to support him, both in front of the Council and in the public gallery.

When Bishop Ka Sibto concluded with the Prayer for Africa: “God bless Africa, Guard our children; Guide our leaders, Give us peace, Amen”, the whole council sang a hymn in Xhosa with a sense of real respect before the Lord.

We trust that the City leaders will follow this challenge up with a Godly response. It was noted the next day in the media that the two factions had decided to bury the hatchets. This may just be a surface token to get the temperature on the ground down so that law and order can proceed.

It was appreciated that President Jacob Zuma has been in the Metro this week to help resolve the political crisis. We await the outcome of this process with prayerful anticipation.