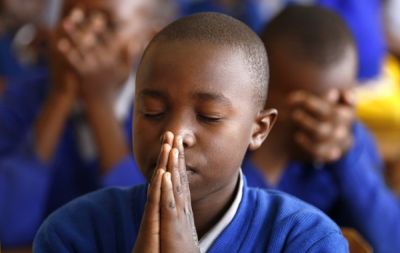 The case, which concerns the interpretation and application of section of 15(2) of the Constitution, may potentially also impact on the ability of other faith or religious groups in South Africa to have religious observances and/or activities in accordance with their faith or religion, in the school environment and is thus raising much wider concern.

Section 15(2) of the Constitution, under the heading “Freedom of Religion, Belief and Opinion”, reads as follows: “Religious observances may be conducted at state or state-aided institutions, provided that those observances –

While it is therefore clear that the Constitution expressly allows for religious observances at state or state-aided institutions (including therefore public schools), the question really is what it means and looks like to conduct such observances “on an equitable basis”.

Workshop on religious freedom in schools
Against this background, the Commission for the Promotion and Protection of the Rights of Cultural, Religious and Linguistic Communities (CRL Commission) and the Council for the Protection and Promotion of Religious Rights and Freedoms (CRRF) recently joint to present a high-level workshop on “Religious Freedom in Schools:  What Works and What Does not Work”. The purpose of the workshop was to provide a platform for religious groups in South Africa to discuss the meaning, scope and practical outworking of the constitutional right to religious freedom in the context of a pluralistic society, with particular reference to education.

Leaders and representatives of about 30 different faith groups, churches and organisations having an interest in religious freedom, attended the workshop. Freedom of Religion South Africa (FOR SA), as a Christian organisation that specifically seeks to protect and promote religious freedom and the autonomy of the Church in SA, was amongst the invited delegates.

Speakers included Mrs Thoko JN Mkwhanazi-Xaluva, Chairperson of the CRL Commission, who did the opening / welcome address; Dr Danny Titus, a Commissioner with the South African Human Rights Commission (SAHRC);  Prof. Iain T Benson, legal philosopher and constitutional lawyer whose work has often been cited by the Supreme Court of Canada and our own Constitutional Court;  and Prof. Shaun de Freitas, professor in constitutional law and philosophy of law at the University of the Free State.  The workshop concluded with a panel discussion between different delegates, on “Religious Education in Schools:  What works, What does not work and What do we want to work!”.

The workshop was a great success and presented an excellent example of how diverse people holding to diverse religious views, can respect and accommodate the other in spite of difference; and how, recognising that because we are different we each have something to contribute, we can work together for the good of our society. The general consensus amongst the delegates was that the workshop inspired the hope that together, we can make things better.

OGOD’s case against the schools
Given the volume and complexity of the issues involved in the case, the schools have asked for an extension of the period within which they have to deliver their Answering Affidavits in response to OGOD’s allegations against them. After delivery of the schools’ Answering Affidavits, OGOD will have an opportunity to deliver its own Affidavit in reply to the schools’ Affidavits. The parties then have to deliver their written Heads of Argument, setting out the legal arguments that they intend to make before the Court. Only thereafter, will the case be ripe for hearing. In the circumstances, the case will only be heard in the Johannesburg High Court some time next year.  (Gateway News will publish details of the court date as soon as this is known).

Other cases against Christians
The court case instituted by OGOD is but one of a number of cases opened up against Christians (in this case, six “Christian schools”) during 2014. Christian pastors, ministries, businesses and Christians in general, increasingly find themselves in front of the Courts or Chapter 9 institutions established by the State to protect and promote human rights in South Africa – including the South African Human Rights Commission (SAHRC) and Commission for Gender Equality (CGE) — to defend their constitutional freedom of conscience, religion and belief (section 15(1) of the Constitution).

FOR SA, alongside other organisations with similar objectives including Cause for Justice (CFJ), Family Policy Institute (FPI), Institute for Public Justice (IPJ) and Justice Alliance of South Africa (JASA), has been at the forefront of the fight for religious freedom and the autonomy of the church this year. We have had a couple of victories – before Parliament, as well as before the courts and Chapter 9 institutions – for which we are very grateful. A number of cases in which we have been involved, are still pending. (For an update on the issues and cases in which FOR SA has been involved this year, see here – http://forsa.org.za/review-and-update-on-the-issues-and-legal-cases-in-which-for-sa-has-been-involved-in-2014/).

There is no doubt that although some battles have been won along the way, the culture war (which essentially is a war between different world-views, values and morals) is far from over and is heating up fast. New fires are already threatening, and as Christians we need to be ready to respond – with great determination, unity and bravery – to stop the fire in its tracks, lest it damages or destroys that which we hold dear.

Francis Schaeffer, a well-known theologian and philosopher, said this: “He that will not use his freedom to preserve his freedom, will lose his freedom. And neither his children, nor his grandchildren will rise up to call him blessed.”

FOR SA is grateful for every person who has supported, prayed and stood with us this year in the fight for religious freedom and the autonomy of the Church in South Africa. Let it be said of our generation that we used our freedom, to protect our freedom – for the glory of God, and the good of our nation!

To join FOR SA, sign up for our newsletter and/or find out more information, see www.forsa.org.za . FOR SA can also be followed on Facebook at “Freedom of Religion SA”.