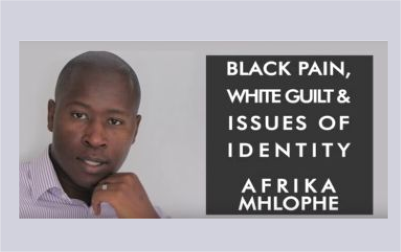 Watch, share and engage society with a Christian perspective

This week I decided to share a video of a talk I did at the University of Cape Town (UCT) on March 18 2016.

The subject I spoke on was ‘Black Pain, White Guilt, and Issues of Identity’ and it was chosen for me by His People Church. This Cape Town based church invited me to do a tour of Western Cape universities.

I landed in Cape Town on March 17 and I went straight to Tygerberg Medical Campus to do a lunchtime service between 12 and 2pm. In the evening of the same day I spoke at Stellenbosch University.

The following day I was at University of the Western Cape in the afternoon and UCT in the evening. All my talks revolved around the theme of ‘Black Pain, White Guilt, and Issues of Identity.’ I covered issues of cultural identity, racism, economic and academic exclusion, redress, etc. I fielded very interesting questions and at times faced up to very angry students who felt marginalised and misunderstood.

As you would know, things have gotten worse now at our universities, and this why I feel that this video is more relevant now than when it was recorded in March. In it I discuss things like: the superiority of the Christian faith over ethnic cultures, cultural imperialism, access to higher education, rationalisation of violence, etc.

A particular emphasis I make is that Christians belong to a kingdom and in this kingdom is the King who makes laws and not the subjects (See 18:08 on the video timeline). We do not formulate or have a say in the laws of God’s kingdom but only have an obligation to obey them.

We believe that this video will add to the conversation on how we as Christians should respond to the call for free higher education. At this point the #FeesMustFall movement has literally taken over the country’s universities while other stakeholders have been reduced to passive spectators.

This passivity should change and Christians should join the fray with a Biblical worldview. A growing number of students now rationalise violence and amongst them there are also Christians.

Christians are also part of the racial polarisation currently taking place at our universities. Why is this happening? Is there an agenda here we are not aware of? Watch my 29 minute video and the brilliant questions that follow afterward. Please share it further on so that we can counter the negative narrative that dominates today.