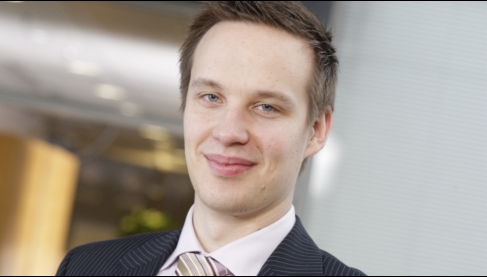 A young Finnish man  who experienced a  breakthrough in his Christian life through an inner healing and deliverance  seminar in Finland has arranged a similar seminar in Port Elizabeth.

Tapio Siren, 29,  who began a one year internship at Fountain Vineyard  Church in PE in January has invited internationally recognised deep healing and deliverance counsellor Gary Hixon to conduct a seminar at Fountain Vineyard Church  in PE from September 28 to October 1. He said several local churches were collaborating in bringing out Hixon, who conducted the seminar in Finland in 2008 that changed the direction of his life.

He said the PE seminar was open to all and would benefit people who had little or no knowledge about how people’s lives were affected by past wounds and experiences; people who were struggling because of past experiences; and people who were actively involved in counselling in the inner healing and deliverance areas and  wanted to learn more or see another approach to the ministry.

Siren said he grew up in a Christian home but as a young adult he drifted away from his faith. After qualifying as an electrical engineer he started working in the business analysis field.

In mid 2007 he was drawn back to Christianity and attended an Alpha Course and joined a church. But he still lived a worldly life. In early 2008, on the advice of a pastor he attended a weekend seminar led by Hixon is a different town.

The seminar exposed him to a supernatural worldview that was foreign to his rational, western outlook and experience. He felt something changing within him during certain prayer exercises but on the last day (Sunday morning) he felt he needed to leave as it was “too freaky”. But he changed his mind when his room mate said, out-of-the-blue: “Tapio, I think you should stay here.”

During a subsequent prayer session to do with handing over one’s sexuality to Jesus he experienced inner resistance and felt somebody say “You can’t get rid of me so easily”. Hixon asked him for permission to confront demons and he subsequently received deliverance and inner healing ministry. Afterwards he felt as if a dark cloud had lifted and he was set free from past influences that had prevented him from fully experiencing the love of Jesus and the power to live fully for Him.

Vision of prisoners
While Hixon was counselling him again in 2010 he had a vision of a group of people who looked like starving prisoners of war calling to him for help. In the vision he also saw images of his family, house and worldly activities. As a result of the vision he resigned from his work, where he had just been offered a lucrative promotion, and decided to dedicate his life to full-time Christian work.

Together with a small group of people he started learning more about deep healing and deliverance and then he joined “Deep Healing Finland”, a group that practices the ministry and facilitates seminars.

In July 2010 he visited South Africa for several weeks as a Christian volunteer and he returned to Fountain Vineyard again at the beginning of this year.

Siren said his internship in South Africa was geared toward equipping him to plant a church in Finland.

He said he had received much during his time in PE and had wanted to give something back to express his  appreciation.  After praying about it he came up with the idea of inviting Hixon to come and equip fellow Christians in spiritual warfare and help them to develop an ongoing intimate relationship with the Holy Spirit and to grow in authority in Christ.

He said that in addition to the seminar, there would be an opportunity for people to make appointments for personal counselling with Hixon at a later date.

While Hixon had helped and equipped thousands of people in many countries during more than 20 years of inner healing and deliverance ministry, this would be his first visit to South Africa. He is director of El Faro Counselling and Retreat Centre in Spain and is Mediterranean Area Director of international mission organisation, Christ for the City International.

Siren said he would be in PE until mid January 2012 and would be available to support and train any small groups that might develop out of Hixon’s ministry.

The fee for the four-day seminar is R100. More information is available by emailing fountain.vcf@isat.co.za or calling Margie at 041-3671100 from Tuesday to Friday between 9am and 2pm.