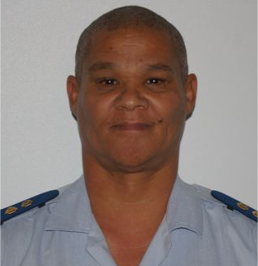 “Perhaps the shootings are a test of our faith. We must keep walking by faith and if we act as a united body we will see that all things are possible,”

His said his action plan included:

Rabie, who has been a driving force for anti-crime prayer walks since 2009, said it was vital to keep the initiative moving forward despite setbacks such as the outbreak of gang shootings in the Northern Areas suburb, Helenvale, in the past week.

He said that there had been significant reductions in the crime rate in Helenvale and Bethelsdorp after prayer walks through those areas in recent months.

“Perhaps the shootings are a test of our faith. We must keep walking by faith and if we act as a united body we will see that all things are possible,” he said.

SA Police Services Chaplain, Alain Waljee, said that in an encouraging recent development, Helenvale church leaders had formed a fraternal and were committed to working together to overcome crime and poverty in the area. He said that following the latest shooting incidents in the area he had been invited by the councillor for Helenvale, Nico du Plessis, to attend a fraternal meeting on Monday (July 18).

Rabie said that in searching for the most effective way to encourage churches to take up the vision of prayer walking, police had found that the  city was made up of a number of separate neighbourhoods in which churches engaged with each other.  He said he was setting up meetings with church leaders in these key areas as quickly as possible in order to encourage as many churches as possible in those areas to unite in local prayer walking . He had meetings scheduled in Schauderville and Algoa Park and was planning Central, Summerstrand and the Mount Road area next. Thereafter he would focus on Walmer and Kabega.

In each area his hope was that after an initial big joint police/church prayer walking event, local groupings of churches would sustain the initiative. He also hoped that out of the prayer walking, a number of Christians  would be inspired to take a lead in interacting with business and Government in order to facilitate creative community projects addressing the greatest social needs in the different areas.  In Helenvale, where up to 40 people lived in a two-bedroom house, poverty and unemployment contributed to the climate of hopelessness that encouraged drug abuse and gangsterism. He was encouraged by signs that Christians in the area were looking at ideas such as skills development projects.

He challenged the church in Port Elizabeth to take its rightful place as a leader in all spheres of community life. He said if the churches of Port Elizabeth really got behind prayer walking in a major way and took practical responsibility for the state of the city, the city would prosper.