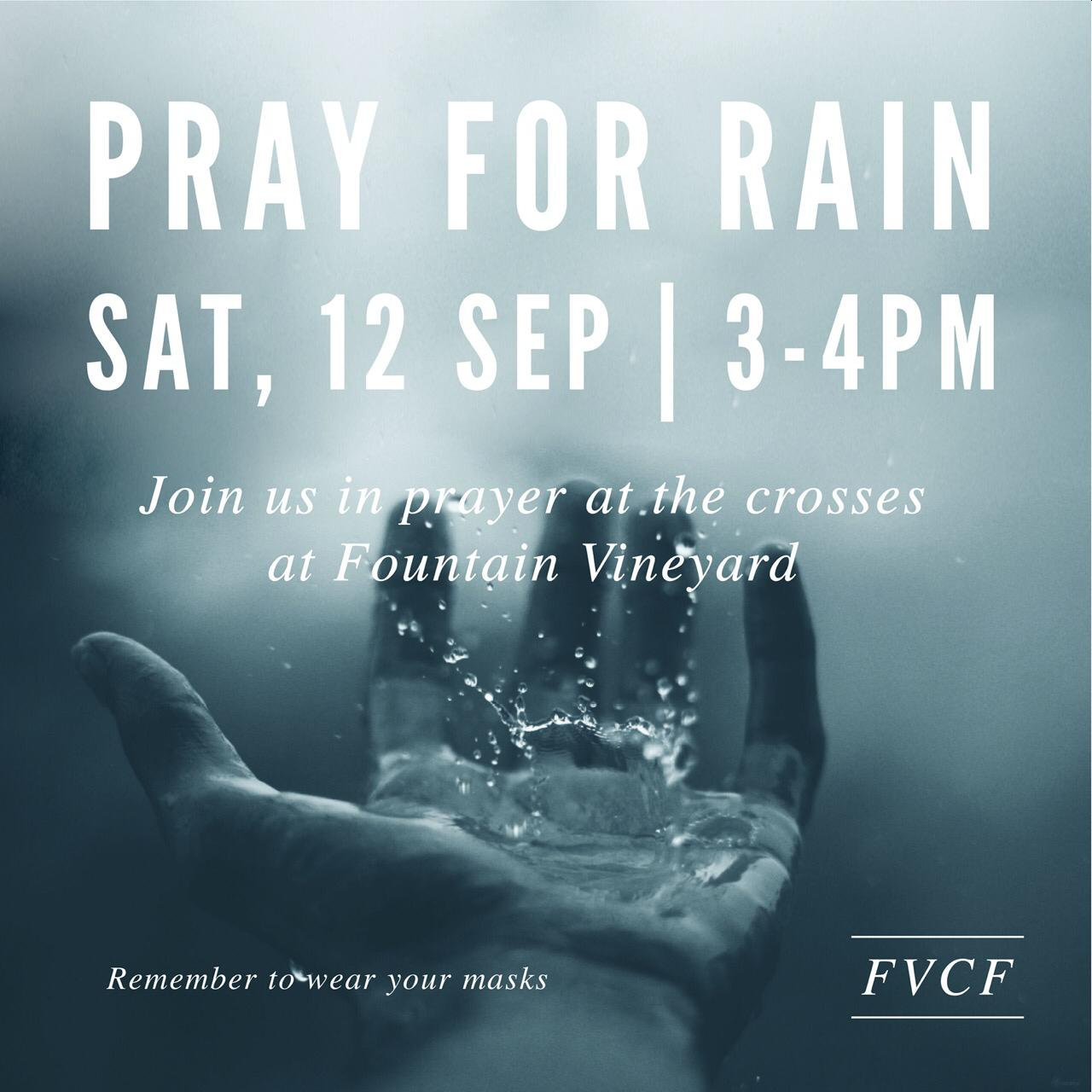 Christians in water-stricken Port Elizabeth are invited to join fellow believers in praying for rain at the crosses at Fountain Vineyard Christian Fellowship in Newcombe Avenue, Walmer Heights from 3pm to 4pm on Saturday.

The weekend prayer gathering is taking place during the daily prayer hour in a campaign of 90 days of prayer for world revival which will reach day 43 on Saturday.

Blessing Marunga, who initiated the revival prayer campaign, said one of the intercessors at Fountain Vineyard had previously suggested to him that he should include prayer for rain in the campaign due to the prolonged drought and low dam levels — now at less than 19% of total capacity.

Marunga said when he saw this week how people were queuing for water brought in trucks in areas of the city which have been without water supply for days and how in some areas children were not able to go to school because of the lack of water, he knew it was “time to cry out to our God for rain”.

“We, as Christians, should be confident and well assured that God will hear us and answer our prayers to intervene in our situation. I am trusting that this weekend people will come and we will pray — and prayer brings things to pass.”

He said he had heard how a previous drought was broken after Christians prayed at Nelson Mandela Bay Stadium. “God will do it again,” he said.